Predicting computing 4 years into the future in under 10 minutes (and try to get as many product plugs as possible). That was the challenge today at the Atomic Live Forum held in Melbourne. The panel of speakers included Microsoft’s Norbert Haehnel, ASUS’ Emmanuele Silanesu & Albert Liang, AMD’s Michael Apthorpe and Samsung’s Simon King.

Nothing could have gone more wrong for me. I missed the opportunity to chat with Peter Barlow, who is directing the eGames expo coming up. And my voice recorder stopped recording mid-way through the event because someone *unhealthy stare at Simon King* touched the device. So I have nothing more to show than photos, which is definitely a shame. 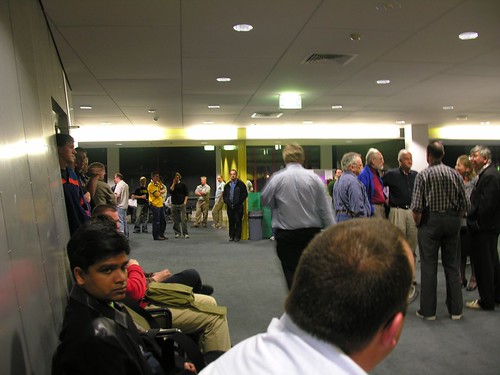 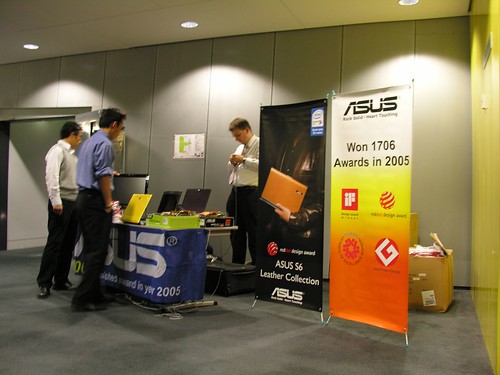 ASUS had a little product showcase that was only interesting to the people who set it up, and the manager/director who wanted to get a photo of the set-up. 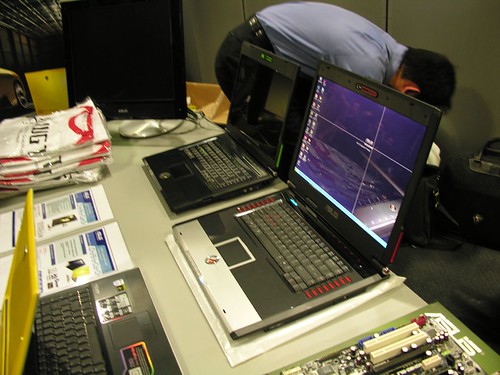 Apparently the two laptops were prototypes, but they looked quite commercial to me. 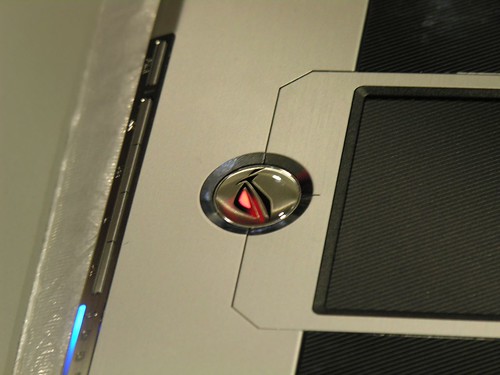 And that cool red orb? It’s nothing. Not a fancy finger printer scanner or a new-age trackpad. Just for looks. 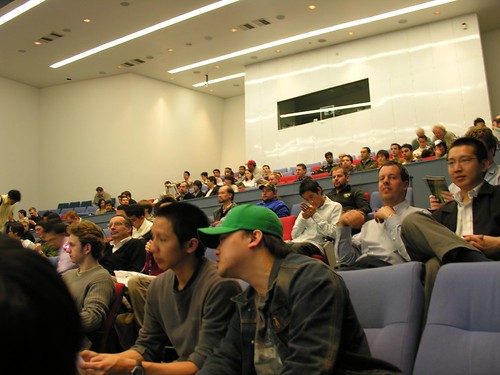 There is a guy looking at me weird on the right. 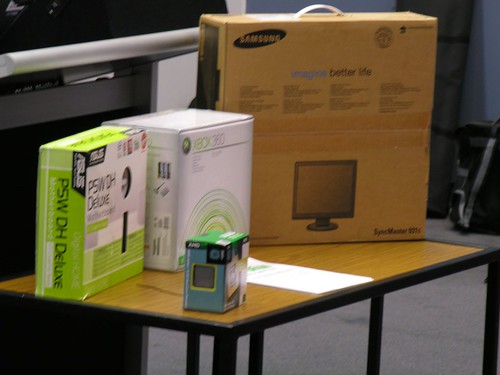 Most if not all the recipients of prizes were aged above 30, disappointing many young nerds myself included.

The highlight of the whole event. Download the introduction recording in MP3. I strongly recommend you to listen to the audio whilst reading the following introductory joke. Predictions for 2010 by Atomic: 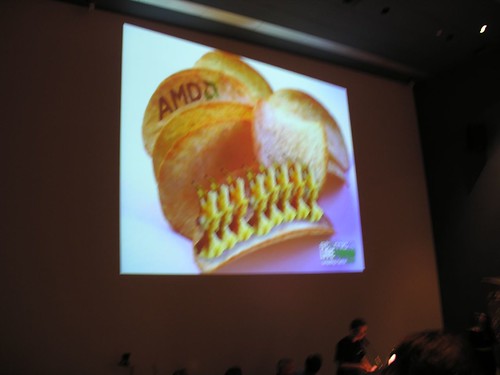 8 cores on a chip. Sorry for the blurry photo. That’s eight apple cores on a potato chip. 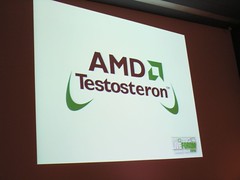 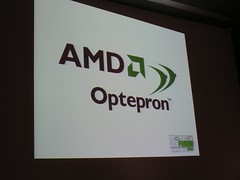 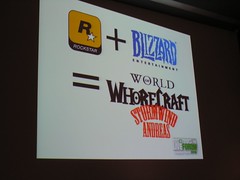 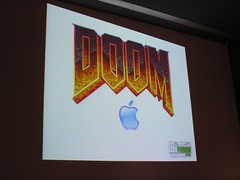 World of Whorecraft and Doom on a Mac 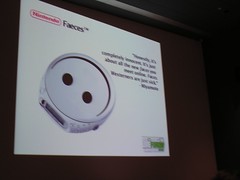 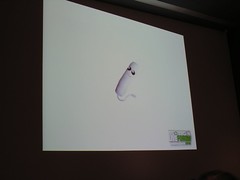 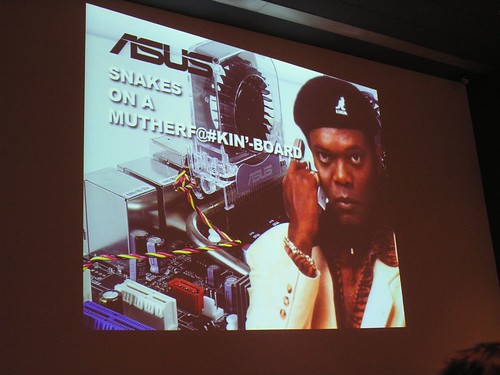 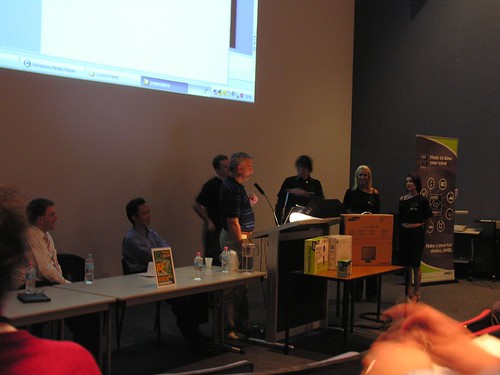 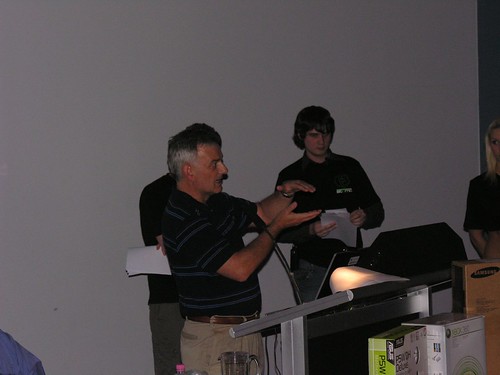 The Zune. It’s this small. (Or did he say, Apple’s market share?) 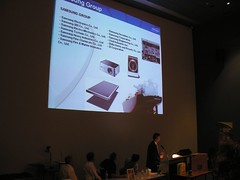 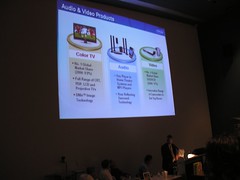 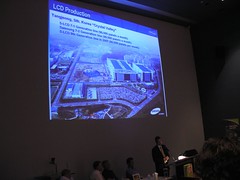 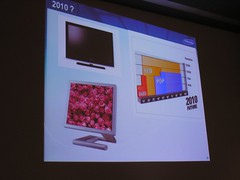 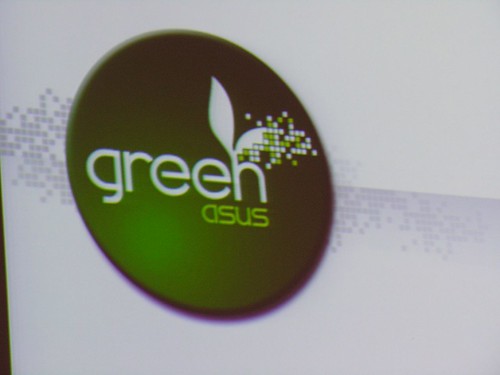 ASUS’ Emmanuele speaks. We are green. We care about mother nature. 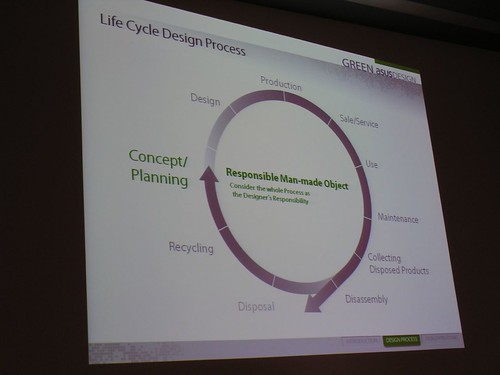 We can make cycle diagrams. 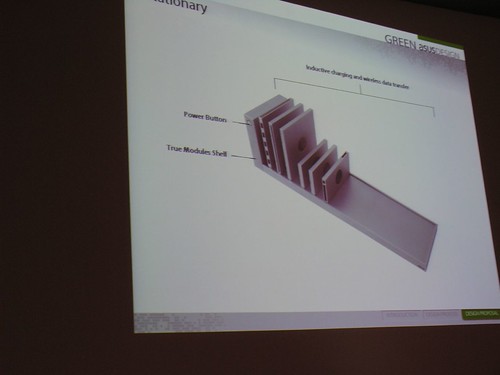 We ripped the design of a concept PC from Purdue University. 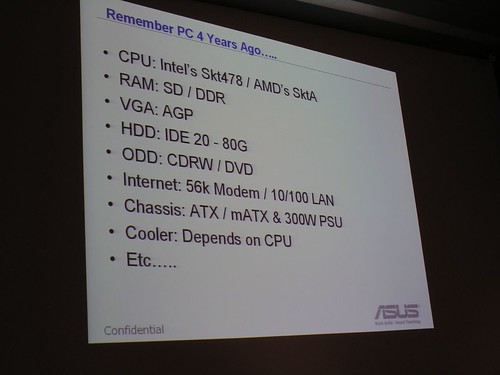 AMD’s Michael speaks. Fast head movements + no Powerpoint = no photos. But he assured us AMD is still making CPUs, and will be in 2010.

In conclusion. One of the better free events I’ve attended. Better than I expected. But nothing was new or extremely exciting. Australia lags behind when it comes to technology news and announcements. Everyone just regurgitates information that any enthusiast would have read a week ago. And when you invite a lecture room full of enthusiasts to an event, the standard should be higher. Good job to Atomic anyway. Better than nothing.