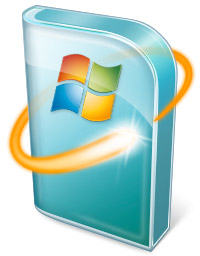 Whilst Service Pack 1 is still expected to be the major update to Windows Vista fixing the widespread bugs and issues, at the same time Microsoft is not holding back on these reliability updates I’d like to call ‘wonder patches’ which seems to be screwing all the right bolts to make Vista flow like the wind, if you fancy analogies.

The first update for Windows Vista (KB941649) (download x86) (download x64) is a compatibility and reliability update targeted towards but not limited to hardware scenarios. Some of the most promising improvements that caught my interest include:

The next update for Windows Vista (KB941600) (download x86) (download x64) is a cumulative patch entirely dedicated to USB problems, which might sound silly, but considering how prevalent USB devices has become, I expect everyone has experienced at least one of the symptoms described. Again, some of the most interesting ones.

The third patch for Vista (KB941651) (download x86) (download x64) updates Windows Media Player 11. Since the knowledge base article is not currently available, it’s not certain exactly what was fixed except what the description describes as reliability improvements.

The last but not least patch for Vista (KB941229) (download x86) (download x64) is a regular cumulative Windows Media Center rollup for the month of October. It fixes four issues described in the knowledge base article and includes all of the previous months’ updates for Media Center.

Caution: A number of users at Neowin and commenters below have experienced blue-screens at boot after applying this patch. So far, there doesn’t seem to be any obvious cause to the blue-screens but a system restore is able to undo the patches if need arises. However from my own personal experience there’s been no problems applying it to multiple computers with a variety of configurations.