If you share your PC with many users, some of whom may be messy users with a habit of littering files and changing settings, or you might just be a privacy nut who doesn’t like to leave any traces behind, either way, a new and previously unannounced feature in Windows 7 called “PC Safeguard” might just be what you’re after.

First noticed by the enthusiasts at JCXP.net, “PC Safeguard”, as it is called in the Windows 7 user account settings, prevents specified standard user accounts (cannot be applied to admin accounts) from making permanent and unwanted changes by removing all changes and files saved after the user logs off.

Credit where credit is due, this feature is not fundamentally new. Since 2005, Microsoft has offered a tool previously known as the “Shared Computer Toolkit” now “Windows SteadyState” to both Windows XP and Vista users to do exactly this function and a little more. The interesting thing however is that the feature is now baked into Windows 7 – making it more widely known to users as well as simplifying the process drastically. 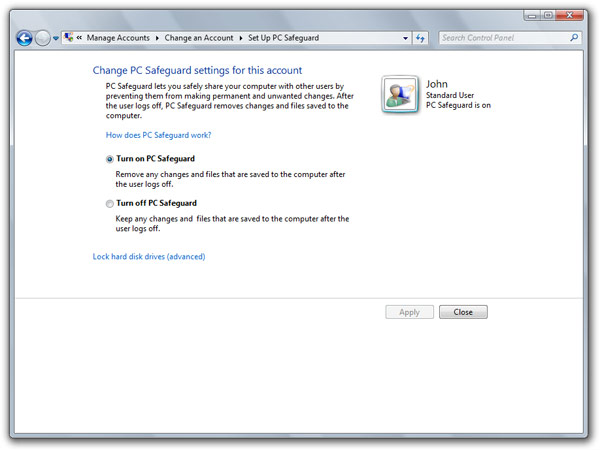 To enable this feature, click on the “Set up PC Safeguard” link when managing a user account. Select the “Turn on PC Safeguard” option, apply and wait approximately 5 minutes whilst it ponders about the question of life. It might seem like it’s not responding, but trust me, the magic is happening. 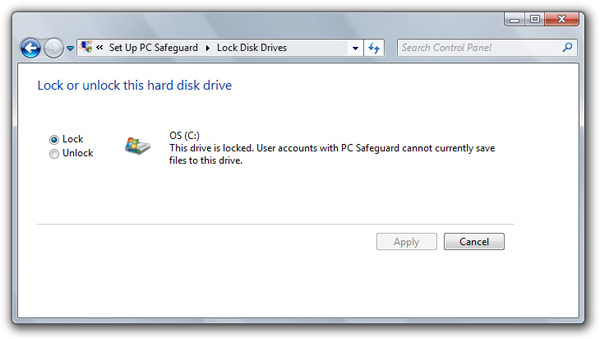 If you’re big brother with a soft spot, you can also tweak the Safeguard feature to allow users to access individual hard drive volumes. One scenario where this might be useful is to set up a small 1GB partition where the user can secure their files without resorting to removable media. 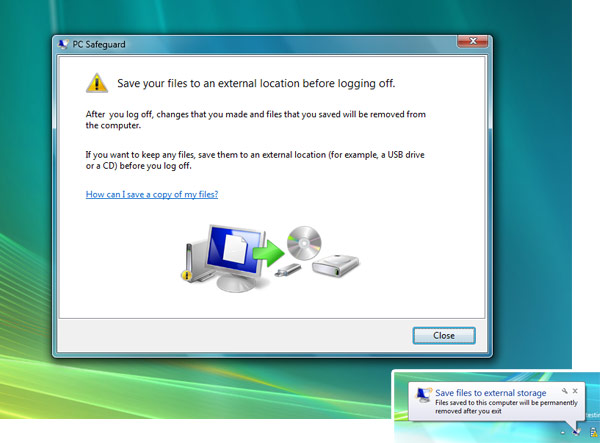 Now when that user logs on, they are presented with this message window reminding them their files will be removed after log off. Also when they try to add files to their user folders, a popup appears, reminding the impending vaporization.

From this point on, the user experience is identical to any other standard user’s. They can access applications installed for all-users, change wallpapers and themes and download files. There’s no performance impact, nor additional restrictions. The difference however is that everything will be reverted to a blank state the next time they log in. Metaphorically speaking, it’s like IE8’s InPrivate or Google Chrome’s Incognito for user profiles.

I suspect this feature will be fined tuned in the coming Windows 7 builds to inherit some of the more advanced features of SteadyState (ex. time restriction and application blacklist) but I can already see this very popular with home and public computers.

Update: To the contrary, this feature has actually been removed from Windows 7 since the beta builds.