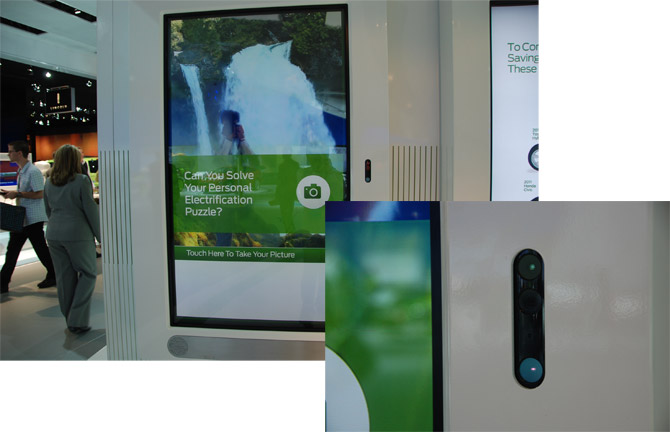 At the North American International Auto Show in Detroit this week, Ford, among many car companies are revealing and showing off their next generation vehicles. Amidst all the hot rods, the Kinect makes a somewhat undercover appearance at the Ford booth as part of an interactive display installation, spotted by my Australian colleague Jason Cartwright.

Although Ford didn’t use the Kinect to its full potential – it’s only function appears to be to take a photo where the rest of the interaction is still touch-based, the reason they used a Kinect instead of a normal webcam seems to be because the photo they take of a person has the background substituted for a waterfall – easily possible with Kinect’s depth sensors and people-identifying algorithms. The picture is then turned into a puzzle for users to solve.

What’s interesting is that this might be one of the first examples of Kinect used outside of its official gaming functionality in a public manner and I suspect will be a trend for digital displays in the years to come as more companies experiment with interactive signage. 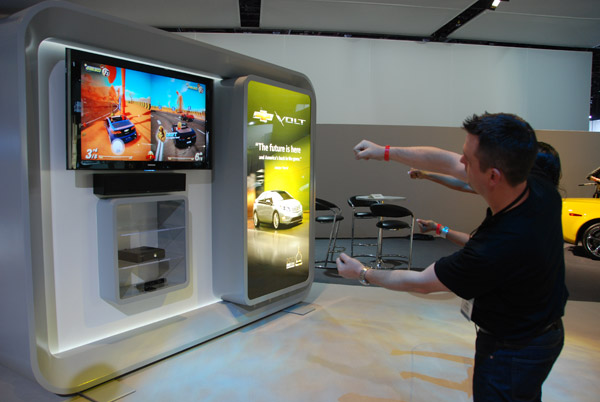 On a similar note, Ford’s direct competitor, General Motors, is also at the show with a Kinect and the Joyride game which features the Chevrolet Volt.