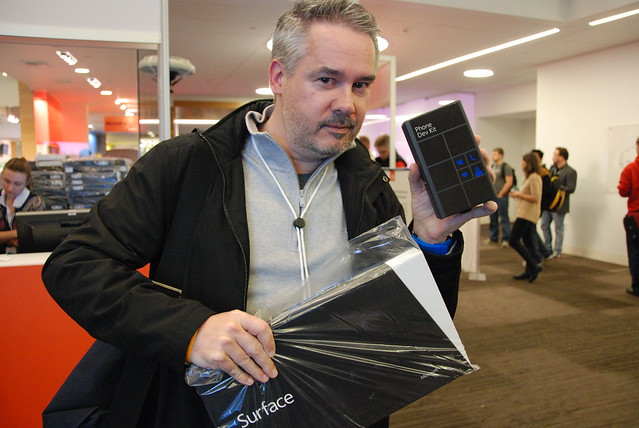 Around 10 minutes before the 7pm scheduled time to hand out the “BUILD 2012 goodies“, Microsoft staff began the process of handing out around 2,000 sets of the Microsoft Surface RT 32GB with Touch Cover, a Nokia Lumia 920 and a coupon for 100GB of SkyDrive storage. 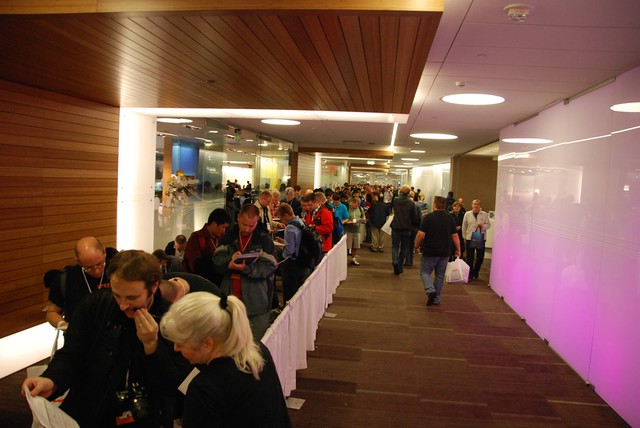 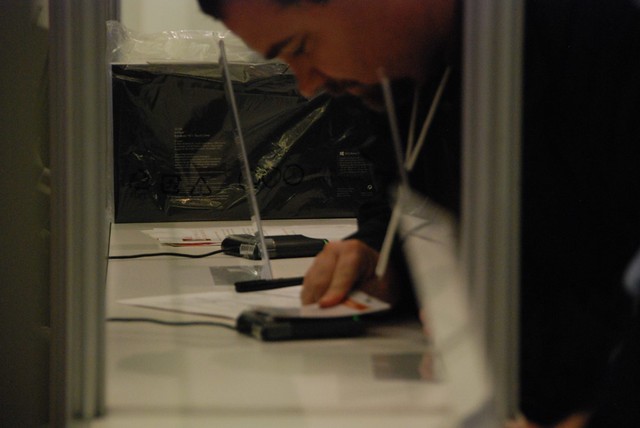 Using a RFID (or NFC?) chip in their attendee badge, people were also asked to sign a non-disclosure agreement for the Windows Phone 8 device as they’ll be receiving future beta developer builds of the mobile OS before public release. 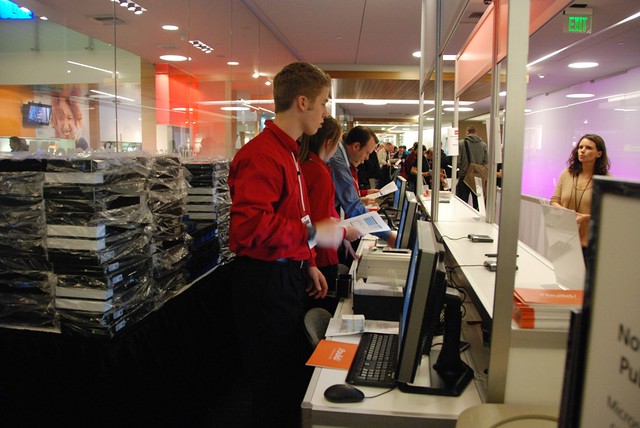 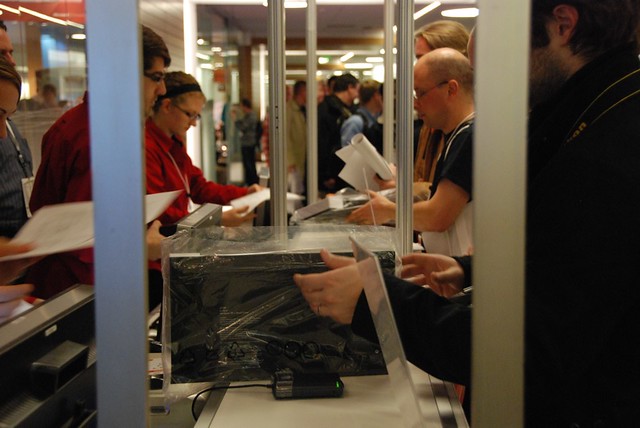 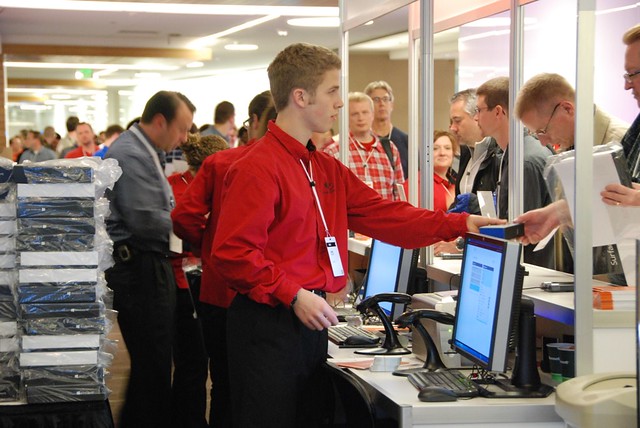 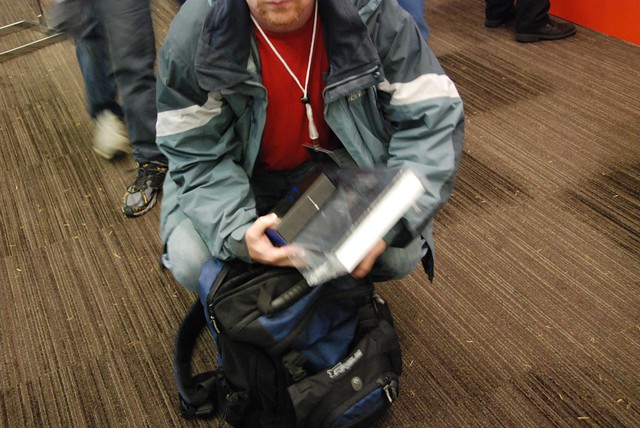