I don’t know what the hell is going over at the Windows Phone Store, but I believe the following screenshots can encapsulate everything that is wrong with Microsoft’s app strategy and approval process for the Store.

Blatant artwork theft, copyright/trademark infringements and deceptive conduct by “developers” who spam the Store with website-wrapper apps. (A problem Microsoft only itself has to blame for submitting many unauthorised website-wrapper apps themselves on behalf of popular brands.)

The following screenshots are taken on 15th of March 2014 10pm searching for “Facebook” on the Australian Windows Phone Store. The first result with 4-and-a-half stars and over a thousand ratings is not the official Facebook app. From the first to the 49th, they are not the official Facebook app (except the second Messenger app which is official but not the app we’re looking for). 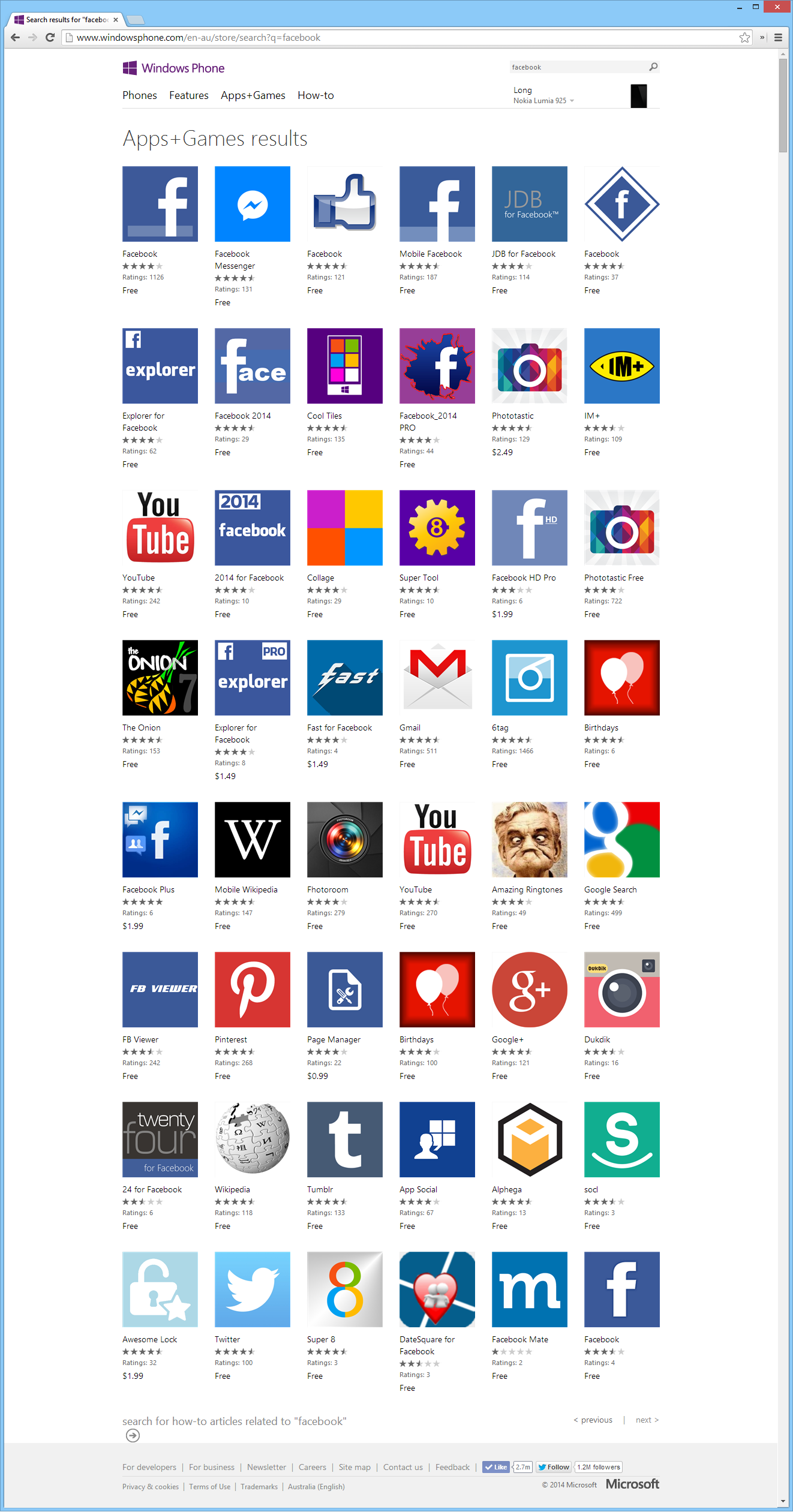 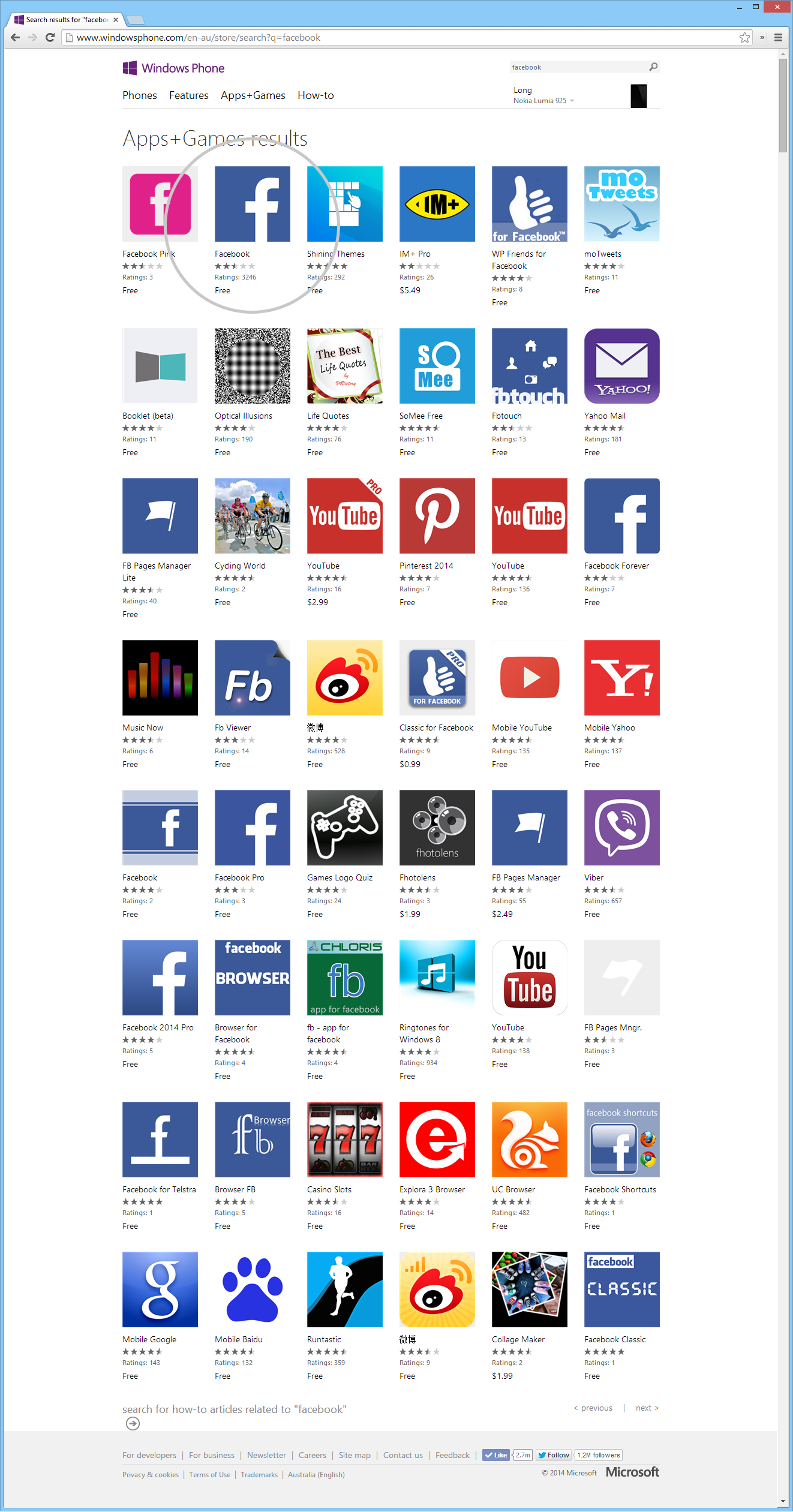 The circled app is the official app. Very obvious right?

The same ridiculous results are also displayed on the phone. 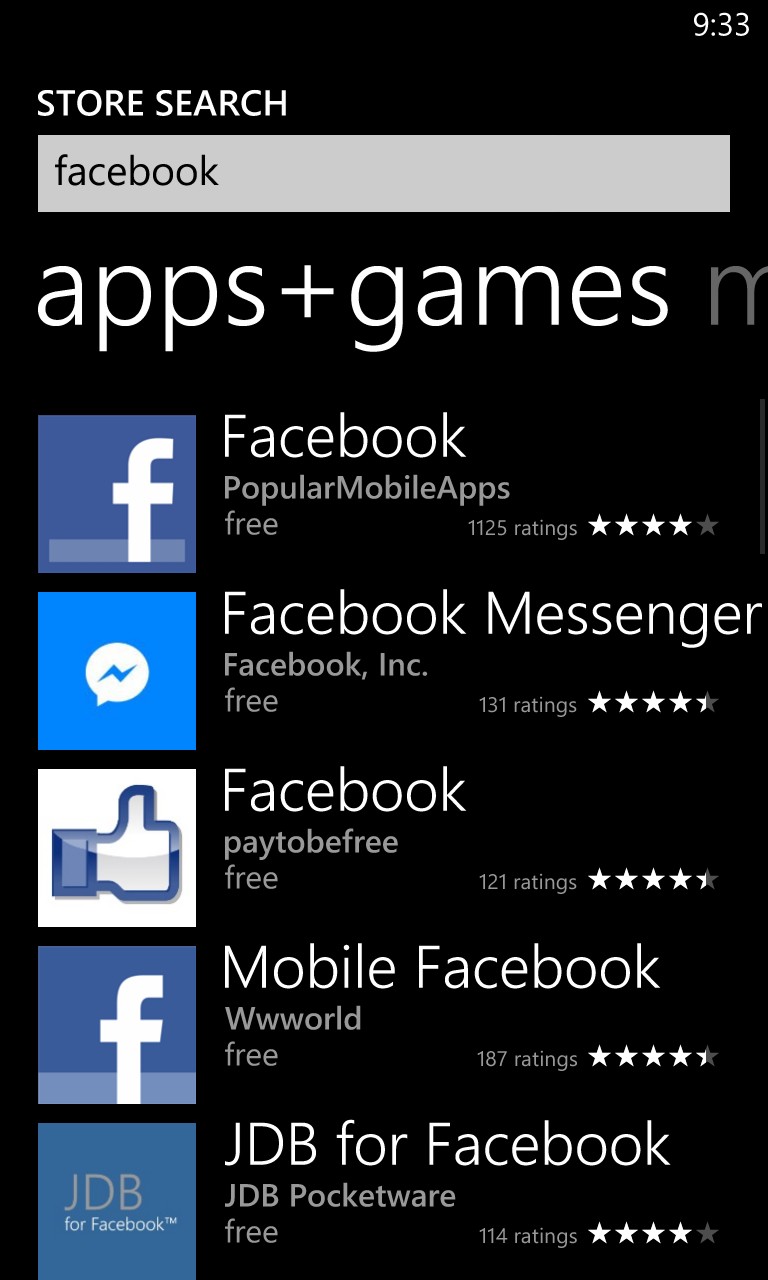 Thankfully the U.S. Windows Phone Store does not seem to exhibit the same ranking problem for the official app, not to say it’s not full of filth from result three onwards.

I can’t begin to imagine the experience of a customer who just walked out of an Australian mobile phone shop with a new Windows Phone device and goes to try download Facebook from the Store.

With all the Microsoft management musical chairs that’s been happening over the past few months, I’m beginning to wonder if anyone is actually still in charge of the Windows Phone Store.