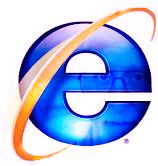 One of the most influential technology writers according to Wikipedia, Walter Mossberg, has forgotten about the majority 55% of the world’s internet users.

In an article giving a brief overview of the recently released Internet Explorer 7, Mr. Mossberg labeled IE7 as “Not Much Is New”. As much as I respect his success, but that is extremely selfish of himself to say that. Why? Because he assumes everyone in the world has used either Firefox or another web browser.

Not much is new. Except to the 600 or so million people in the world which make up at least 55% of the world’s population browsing the internet using Internet Explorer 6. Tabbing, integrated search, security and anti-phishing are features I’d never expect anyone at a bus-spot to know about let alone used before.

It might not be new to me, users who reads this blog or anyone else reading blogs in general. But it is new to the hundreds millions of people out there, and it shouldn’t be labeled as “not new” just because the writer of the article thinks differently. There is a clear digital divide amongst society today between those who get technology and those who don’t. As technology writers continue to separate themselves from the average consumers, the digital divide widens.

At this rate, one day, ineffective use of technology might be considered a disability.

Disclaimer: I use and support both Internet Explorer 7 and Firefox 2.0. Firefox on the desktop, and IE on the laptop with better mobile/tablet support.