The freshly baked Microsoft Surface website is certainly full of gems. Upon investigation, not only does it contain a picture of a in-development version of the website with mentions of the “Milan Media Player”, but also some hidden content and sections yet to be published. By looking at the website XML configurations file, we can find a few details that has been commented out for later release.

For example, in the “Origins” page XML file, two years have been commented out from the history of the Surface project. I don’t know why they would want to discredit Bill Buxton, but here is what had been written. 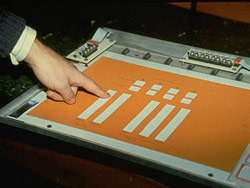 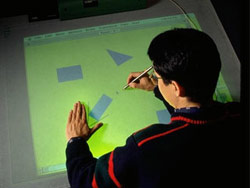 In 1985, Microsoft researcher Bill Buxton develops a multi-touch tablet with the Input Research Group at the University of Toronto. The device is capable of sensing an arbitrary number of simultaneous touch inputs, reporting both location and degree of touch for each. Buxton also publishes the paper “A Multi-Touch Three Dimensional Touch-Sensitive Tablet”—the first comprehensive look at multi-touch systems.

In 1995, Microsoft researcher Bill Buxton develops a multi-handed interactive tabletop surface with the Input Research Group at the University of Toronto. The device, “the interactive desk,” was a three-foot diagonal drafting table–like surface capable of sensing high-resolution input by using a stylus in one hand and simultaneously optically sensing (using a video camera) the pose and position of the other hand on the surface, so as to enable it to manipulate graphical objects with the other.

Among other things in the config.xml, there are also notable sections commented out including “Milan Locations” – presumably where you can see the Surface in-use, “Road Show Calendar” – Microsoft might be touring the Surface demo across the United States, and as well as the much anticipated “Tech Specs” – self explanatory.

None of this to-be-revealed content has actually been uploaded to the server, so don’t bother looking. But hold your breath until at least tomorrow where Bill Gates is most definitely going to be talking about the Surface.

Update: Comments in the XML file has now been removed, but I have backups. 😀