You’ve seen it on airport monitors, information kiosks, timetable displays and automatic teller machines, and now appearing on an arcade machine near you! I didn’t know arcade machines used real operating system, but apparently this one runs Windows 2000. 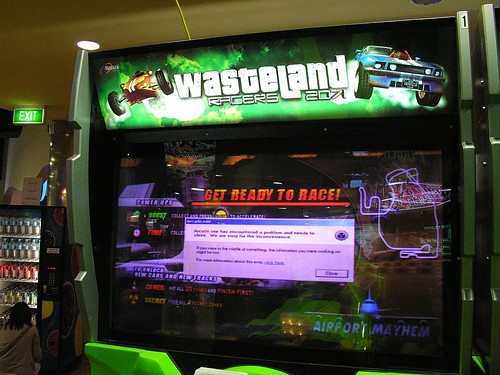 For those of you playing at home, the game is “Wasteland Racers 2071” by TrioTech. 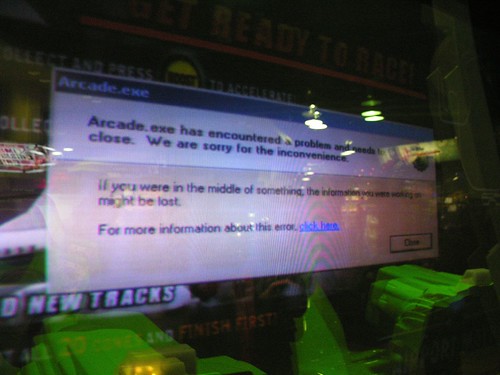 “If you were in the middle of something”, say playing an arcade game, your coin is now lost.

On one hand, it’s interesting to see arcade developers utilizing the Windows (and presumably DirectX) platform to develop non-PC games. On the other, obviously it comes with certain risks. I wonder if you can download “Arcade.exe” anywhere.