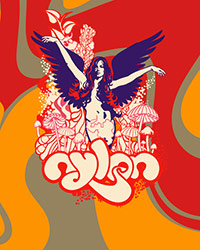 Since two weeks ago, a lot of people including myself had expressed interest in the catchy soundtrack to Animal Logic‘s showreel video shown during the Microsoft TechEd Australia 2007 keynote. “Ya da da da da da da”.

Just yesterday I have finally been able to track down the producers, Nylon Studios, to get in touch with them about the music and I have some unexpectedly good news. Not only were they very open to share the MP3 with me, but also allowed me to share it with all of you. You can download “Animal Logic” MP3 here.

Nylon Studios is a small Sydney-based group of composers and songwriters. Their music is widely used in advertising and film. For those who enjoy the “Animal Logic” song, you should also check out “Sunkissed” for the Telstra “Spread the good stuff” ad, downloadable here. They MySpace page can be found at myspace.com/nylonstudios.

Update: Nylon kindly provided some extra information about the song.

Elliot Wheeler and Johnny Green who wrote and produced the track wrote the lyrics. the singer is Australian singer/songwriter Melanie Horsnell.
http://www.myspace.com/melaniehorsnell