The Mactopia website is finally changing. It only took them a year or two. The lifeless gray page dating almost 3 years old, reminiscent of Microsoft’s older table-based templates, is being replaced with a slick white-on-black contemporary design in the coming weeks as part of the Office for Mac 2008 release in January. A slide from an internal sales training presentation shows a near-final mockup of what the site will look like. 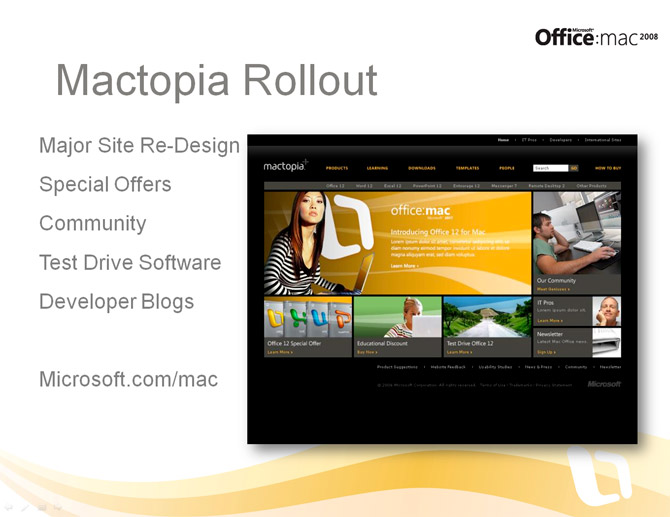 Can’t deny the inspiration from the Expression and Microsoft Design sites.