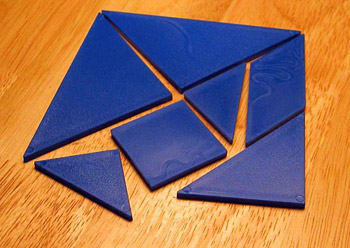 It’s not very often you find a job advertisement which doesn’t tantalize your curiosity, so it’s only to fair to take the following with a grain of salt. This Microsoft job posting for a “user experience designer” was published on the 23rd of February 2008.

The focus of the job description refers to a startup project inside Microsoft called Tangram. What they aim to achieve with the technology is intriguing at the least.

The Tangram team provides an opportunity to work on the engineering challenges of an Internet scale services technology coupled with 3D interactive experiences that have finally become possible due to ultrahigh resolution screens and high performance processors. We are changing what people expect from the Internet by delivering entirely new ways to see, interact with and use data of deep interest to consumers and business people. This is a project with high visibility in Microsoft. We are assembling a team of world class engineers with very strong analytical and technical skills. We are looking for people who can define the problem, come up with a solution, and implement it. End to end. Ship it in 6 months.

Tangram is a startup product team with the highest levels of visibility.

We aim to ship our alpha service and tool this year, and ship a revenue producing V1 in 2009, within a major Microsoft go to market. Tangram has the opportunity to change what people expect from the Internet by delivering entirely new ways to see, interact with and use data of deep interest to consumers and business people.

We are looking for a Senior user experience designer who has a burning passion for quality and simplicity. This is an opportunity to exploit ultrahigh resolution displays, interactive 3D, photorealism and immersion, and reset what people expect from the Internet.

By no means a coincidence, a “Tangram” is actually an ancient Chinese puzzle game composed of 7 pieces of shaped objects called “tans” – including several triangles, a square and a parallelogram. The objective of the puzzle is to arrange the pieces, without overlap, to form an outline of familiar objects. It might sound limited, but the possibilities are in fact endless with the right creative mind.

To add more fuel to the fire, during the Microsoft “Mix n Mash” interview in December 2007, Bill Gates said the following:

Now, certain structured things are still hard to learn, like go to the Web and try and understand foreign aid. Because that’s kind of a numeric thing, the classification of (inaudible) is hard, the Web does not do that well today.

Now, some software breakthroughs in terms of letting you visualize data in rich ways and normalizing it as it comes from different sources, over the next three of four years that will happen.

In fact, most of my day today was in a visualization group where we’re talking about what breakthroughs are needed so that if you want to study a question like that, take economic flows, you want to understand this sub prime thing, you want to see the numbers, okay, what percentage of people bought what type of mortgage over what period of time, when does the interest rate go up, what does this mean, what portion of their income is it. If you really want to understand it more than just trivial text-type articles, there’s nothing out there today that lets you do that.

Coincidence? I think not. All we can do now is to keep an eye out for that alpha hopefully coming sometime this year. Otherwise I’m sure Scoble will let us know in advance, with a few tears for extra impact.