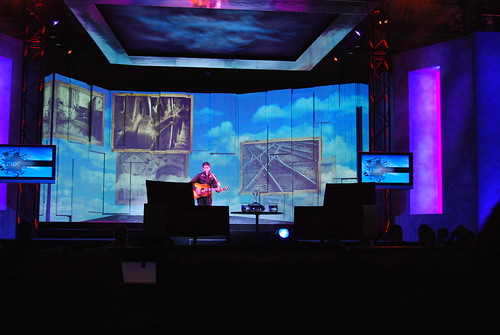 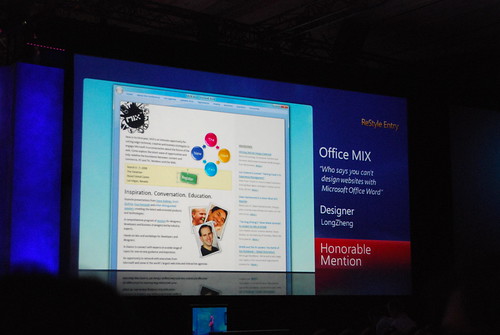 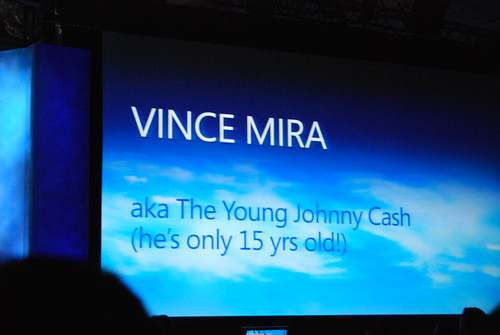 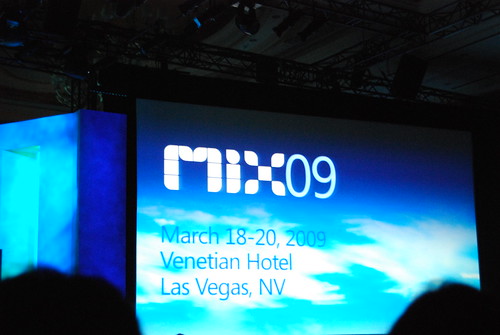 1:05pm: MIX ’09 announced and scheduled. I’m getting bribing some Microsoft guys for tickets as you read this… 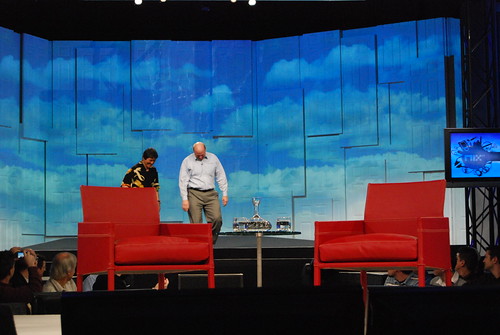 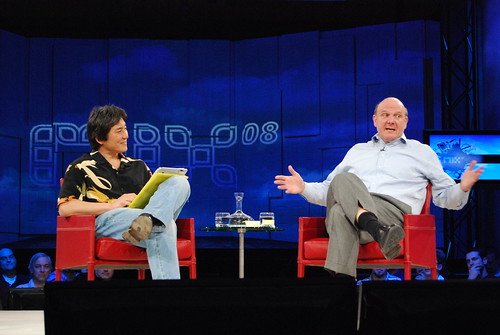 1:07pm: Notice the smashed peons on the bottom of Guy’s shoe? 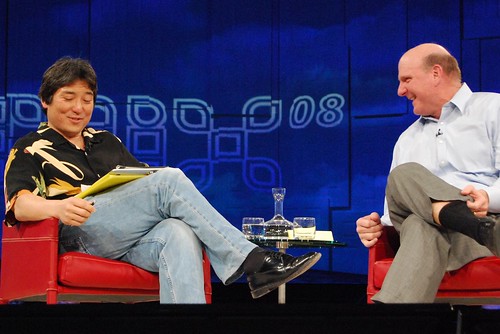 Guy brings up partnership with Facebook in the advertising market (apparently was in the works since last year, Ballmer denies involvement). Only a few hundred billion from Ballmer’s Lexus Ford’s ashtray…

1:17pm: Guy: You run such a huge organization — What do you do in the morning?
Ballmer: I’m with customers, from 0730am to 0800pm one day, running a “doctor’s office” the next, and finally think/write/research secluded in a room.

1:20pm: Guy: No assistant virtual or otherwise?
Ballmer: [tap dances] Yes. I answer them personally too.

1:22pm: Guy: Where is Bill Gates?
Ballmer: Bill transitions into part-time, whatever that means, after some well-deserved time off. The company evolved in certain unappreciated ways (e.g. the lack of innovation). We need moar “synergies”.

1:24pm: Ballmer: We hire the best and the brightest — the ones that change the world. This hasn’t changed from 10+ years ago… 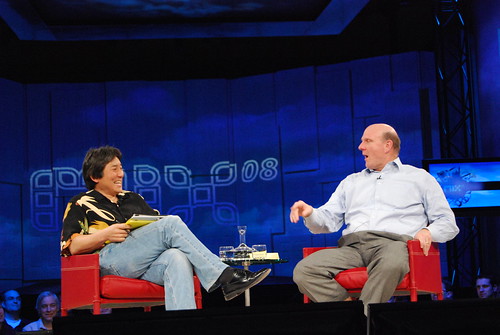 1:29pm: Guy: Tell us about Silverlight. We haven’t heard enough of it.
Ballmer: Well, there’s this fork in the road… Easy to deploy in browser or deploy a rich local application. Over time, we’ve been working on bringing the two together, without compromise. That’s at the heart and soul of .NET/Silverlight/WPF. 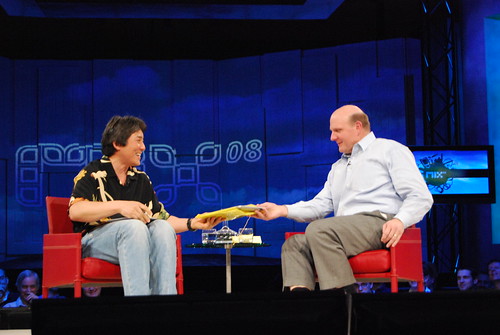 1:33pm: Ballmer: That thing (Macbook Air) is missing half the functionality of a real PC, and is heavier!

1:34pm: Ballmer: Apple’s skillset is consumer devices, not much else…

1:35pm: Guy: You noticed the Windows Vista question was skipped — What’s up?
Ballmer: Windows Vista is very popular in the consumer world… (cough)… issues are application and driver compatibility. We made a set of concrete choices to enhance security… sorry you can not has application compatibility. SP1 was already shipped, now with more sugar and fun. Guy: Um. Ok. 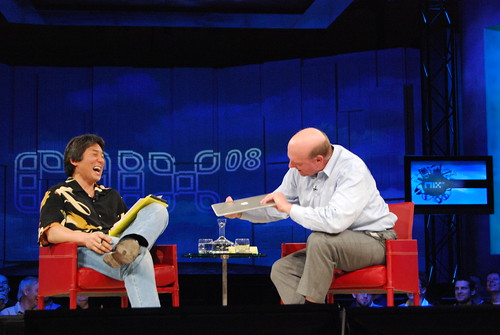 1:37pm: Ballmer: We’ll get rid of your machine (Macbook) and get you a real machine.
Guy: Maybe with ethernet.

1:39pm: Guy: Let’s go back and talk about social networking. What is Microsoft’s perspective? Is it a fad?
Ballmer: The notion of using the web to keep up and socialize is not a fad. ] 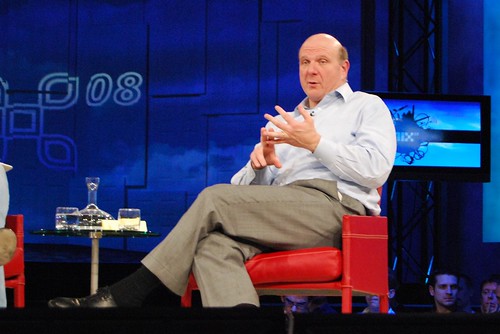 1:40pm: Guy: Don’t you already have social networking Microsoft folks? Are you going to open APIs, a la Facebook.
Ballmer: Most of our interfaces are open… like Active Directory and other boring stuff. [tap dancing follows]

1:42pm: Audience: What about Adobe?
Ballmer: What ABOUT Adobe? Adobe is obviously a big competitor in a sense… I suppose Flash, Flex, etc. is kinda neat… We understand they’re important and we will support them (as an ISV cough). 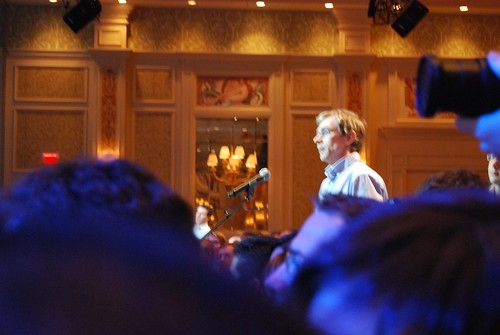 1:45pm: Audience: .NET came out, got tools, etc. — I’m curious, how did Internet Explorer get left out of the development path…
Ballmer: We made several decisions as to what we were trying to do with Windows Vista, the browser was tied into it’s scheduling… .NET is standalone…

1:47pm: Ballmer: We won’t have two mail services… (if Yahoo purchase goes through). For the forseeable future, we will be a PHP shop (PHP will work nice on IIS). 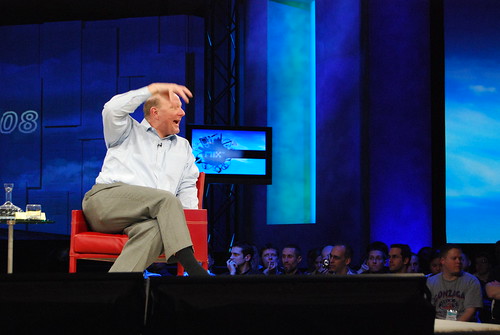 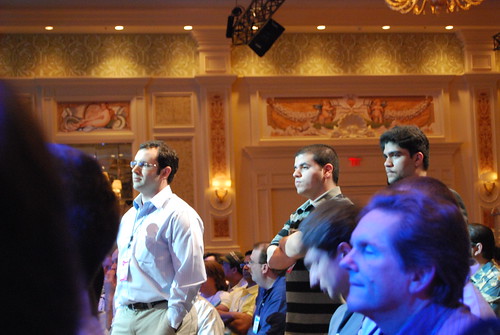 1:54pm: Audience: Silverlight for iPhone?
Ballmer: Extensive discussion. Just noticed new runtime announced today/yesterday. They charge more money than everyone else on the planet. Good business if they can make it. May mean Apple’s not welcoming royalty free runtimes. We’ll have to wait and see.

1:55pm: Audience: Danger?
Ballmer: About consumer oriented consumer services for mobile on Windows Mobile. There will be a Windows Mobile core platform, and Danger on top.

1:56pm Guy: What type of phones do you use?
Ballmer: I’ve used Q. Blackjack. HTC. Having a hard time. Switch to 10key phone to keyboard. Dial by braille. I’ll pass on giving you a number.

1:57pm: Audience: Silverlight, AOL Mail. What about Hotmail?
Ballmer: You’ll see us introduce Silverlight into our core applications over the next months maybe years. Maybe not Live Messenger, not relevant. 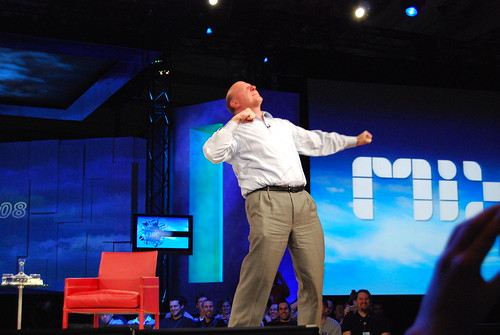 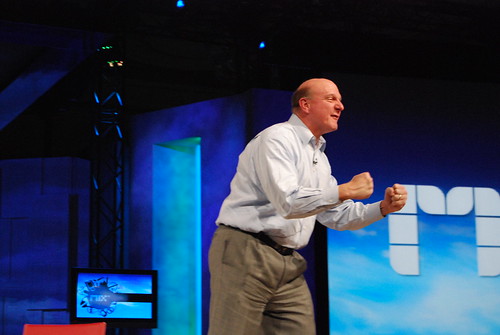 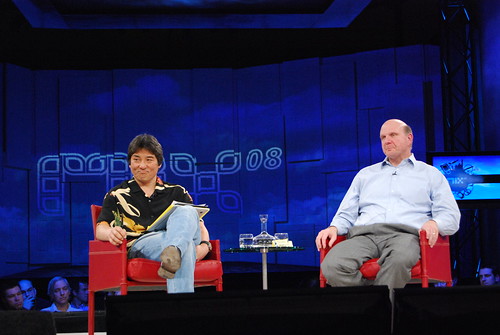 1:58pm: Audience: Health solutions.
Ballmer: Health’s the only vertical we’ve chosen to dig in deeply. Largest, least well served by IT. See if we can make a difference. On consumer health, we call it an experimentation. We have to figure out as society, what it’s really going to take to bootstrap personal health. 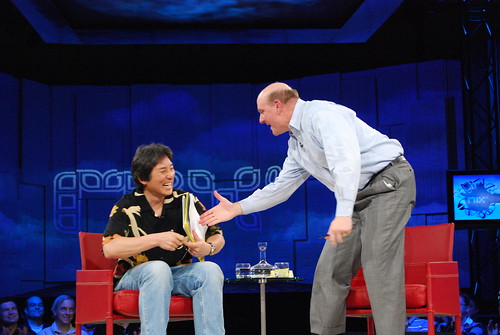 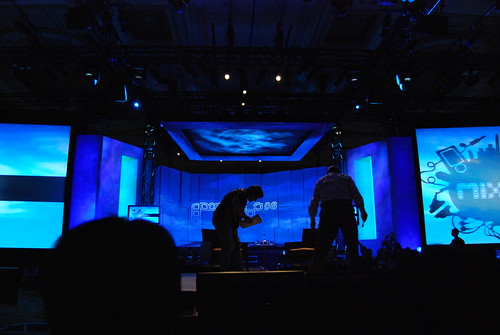