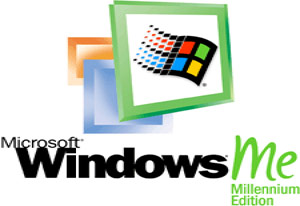 I have a confession to make, I used Windows Millennium Edition and I liked it. That doesn’t stop me making fun of it however.

At a time where there was still a separation between consumer and enterprise operating systems, Windows Me was at the top of its class.

What a lot of people forget or don’t even recognize to begin with is that Windows Me is actually a rather innovative and forward-looking operating system. Instead, almost everyone focuses on its reliability problems which can be largely attributed to the flaky and inherently unstable Win9x kernel.

With the help of Wikipedia, here’s a short list of the most notable features that were introduced or improved in Windows Me. See how many of these have provided some benefit to you in the past. For me, many of these are fundamental to my Windows experience.

Could you imagine the security problems if Windows XP didn’t ship with Automatic Updates? Or if WIA was never introduced – how difficult it was to install a scanner in Windows 98? What about having to download a third-party utility to view a JPG? Or not having to plug in a USB drive and just have it work.

In spite of this and more, people continue to draw comparisons between Windows Vista and Windows Me as if it were as hip as writing Microsoft with a dollar sign in the late 90s.

I don’t think this is fair at all. If anything, it means Vista has a bunch of new and improved features that we won’t realize the full potential of till a couple more Windows releases down the road. But that doesn’t mean it’s destined to a be a ‘failure’.

What’s more, Windows 98 Second Edition was released on May 5, 1999 and Windows XP on October 25, 2001. Between the two, Windows Me was released on September 14, 2000, giving it the shortest Windows lifespan of only 406 days. Taking into account consumer purchasing life-cycles and other factors, what’s left is only a couple of days of fame. Any product preceded and superseded that quickly would have suffered the same fate.