It’s not uncommon to come across a patch for a software problem you’ve never heard of or thought was possible. In most cases they’re caused by an unconventional use-case or a bad combination of hardware/software configurations. Sometimes the symptoms are so exceptional it makes you ponder about who in the world would be affected by it in the first place. I wouldn’t be surprised if in this case it was just one person. The Microsoft KB article speaks for itself. 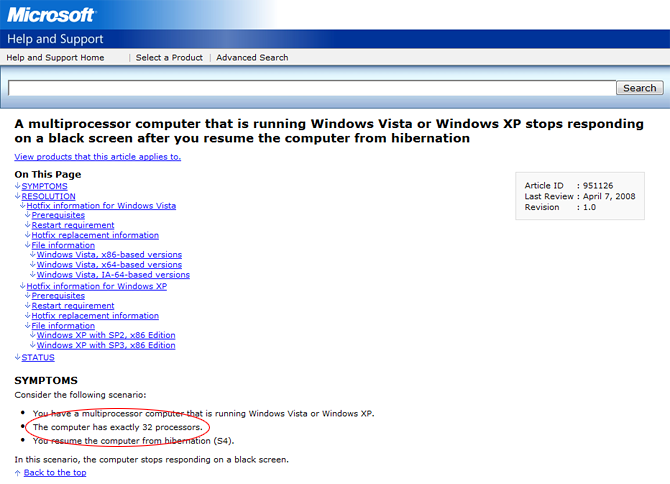 I beg to ask, who discovered the problem, what was the fault, who uses a consumer operating system on a supercomputer and what would happen if you had 31 or 33 processor?