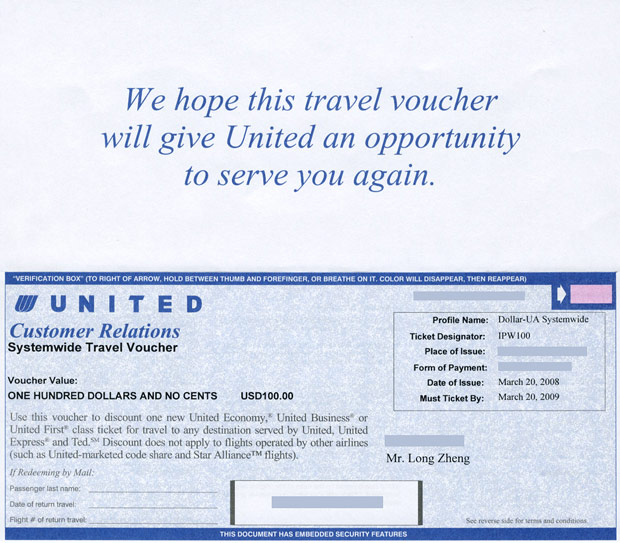 Six weeks after my international flight from Los Angeles to Australia was delayed for 24 hours, United Airlines has finally come up with a value for my inconvenience when a full Boeing 747-load (400+) of passengers waited at the terminal for 6 hours into midnight, sent to an airport motel at 2am, lining up half an hour to check-in (guess what happens when 200 people enter one motel at the same time), sleep and wake up in the same clothes, eat 3 meals of crummy tasteless food and not to mention some LAPD cops busting in a room next door. Four dollars and seventeen cents per hour is how much United thinks my time is worth. Even McDonalds has higher standards.

To be blunt, all I missed was a lecturer, tutorial and some work. I can’t imagine how the family of four who missed their child’s birthday party in Sydney, or the half a dozen elderly couples who missed their retirement Pacific cruise must feel when this arrives for them. Considering everyone paid almost $80/hour for the flight, this is worse than a slap in the face.