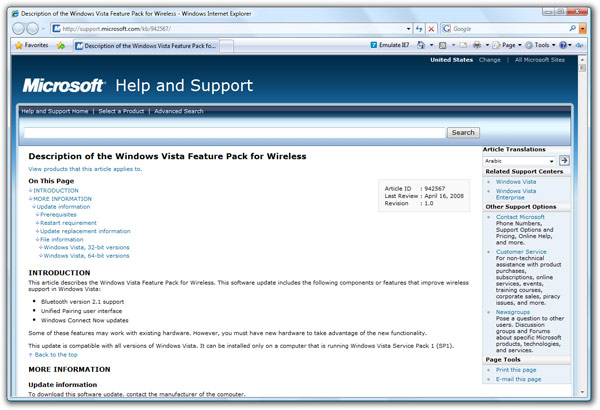 So I guess this is what you call teaching an old dog new tricks. A couple of days ago Microsoft released a new update for Windows Vista that adds additional wireless support and functionality to the operating system through a “feature pack”. Specifically it adds support for Bluetooth 2.1, a new “Unified Pairing” interface as well as “Windows Connect Now” updates and can only be installed on Vista SP1. 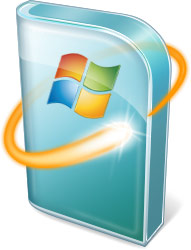 This is interesting to me not because any of the features above, but because up until now, the client version of Windows has never had “feature packs”. We have hotfixes, security patches, service packs and rollups, but not feature packs. What are they?

Upon a little investigation (Google Search, first search), it’s apparent feature packs are quite abundant for Windows Server. To be exact, there are 16 feature packs for Windows Server 2003 which adds a variety of functionality to the server. In essence, they provide new features to an existing operating system as a standalone update. Someone smarter than me might have came to that conclusion just by looking at the name and I envy you.

Nevertheless I ponder if this is just a one-off solution or a sign of things to come. Traditionally these sort of updates would have been included in service packs, probably because they don’t want users waking up one day finding all sorts of major changes have been silently installed via the automatic update systems. On the other hand, service packs are becoming less frequent and that results in new technology support to fall behind between (long) Windows releases.

This update in particular in itself is something out-of-the-ordinary. For example I’ve never known a Windows update (standalone or automatic) in the past to change user interface, maybe even as far as to say it’s not “allowed”.

As a geek who lives on the bleeding edge of technology, this is exciting for Windows. How much of a role will feature packs play? We’ll have to wait and see I guess.

Update: The Microsoft terminology page describes feature packs as “new product functionality that is first distributed outside the context of a product release and that is typically included in the next full product release.”

Update2: Microsoft has said it will not distribute this update over Windows Update, and will only be available via OEMs.