If you’ve ever fantasized about the day when you receive your delivery of the Microsoft Surface and the subsequent unboxing ceremony, then it’ll probably look something like this. Amnesia Group is a digital creative agency based in Australia, a subsidiary of Avenue A Razorfish who is a subsidiary of aQuantive now owned by Microsoft. Basically it’s like one big happy family with Surface hand-me-downs.

Up until now the Surface has only been deployed in a couple places outside of Microsoft – AT&T and Sheraton. These two are the first to come to down under and are probably also the first to be sold to non-retail customers. The guys at Amnesia spared no time to strip them from their packaging.

If you thought plastic clamshell packaging was tough, you’ll need a crowbar for this. 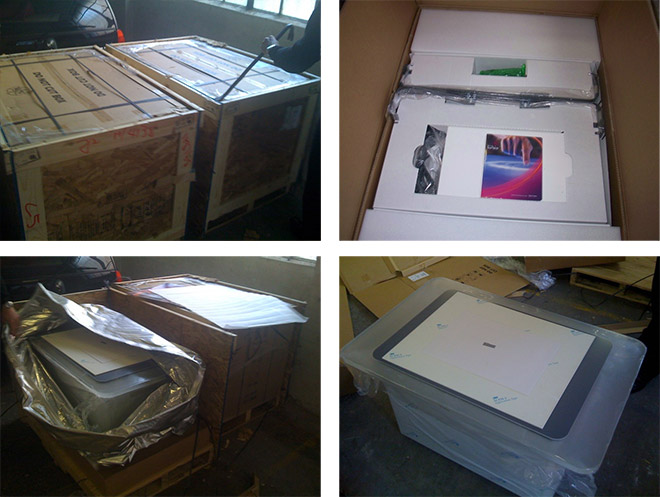 It’s interesting to see how there is even an instruction manual and neatly packaged as if this was a mass-production product, somewhat evidence the Surface team is really pushing this mainstream. However, they’ll probably have to work on the boxart before you’ll see the Surface for sale at your local Best Buys.