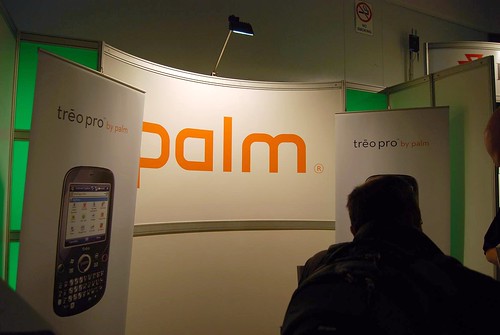 If you’re from down under and want a Palm Treo Pro but aren’t the biggest fan of the dollar-thirsty telephone operator known as Telstra, then you don’t have to wait too long now before getting your hands on a vanilla Treo Pro in the shops. Speaking to some Palm representatives at TechEd Australia, they’ve told me that the Treo Pro will officially be available via electronic retailers as a vanilla unlocked phone on Sunday, 16th of November for AU$900.

At the same time I also asked about why hasn’t Palm developed or customized the Windows Mobile shell much for the device – the “bread and butter” of HTC. The representative said that this decision was on purpose and believes that fancy shells usually consume too much memory resources slowing down the user experience, whereas the Treo Pro idles at only around 30-40% memory usage compared to as high as 70% on a HTC Touch Diamond. Whether or not this tradeoff between fanciness and resource usage will pay off for Palm remains to be seen.