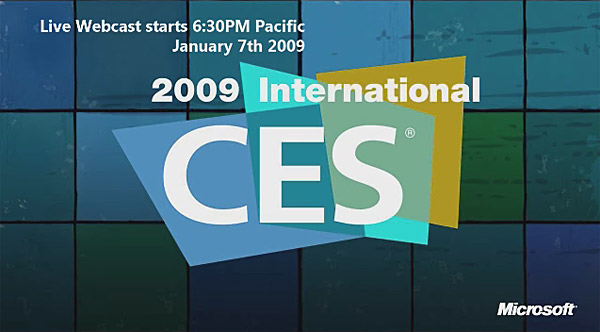 Another year, another my-TV-is-bigger-than-your-TV contest at the Consumer Electronics Show in Las Vegas. Breaking a 12-year old tradition, Steve Ballmer (not Bill Gates) will be kicking things off at the first keynote of the show which has been predominately owned by Microsoft. It’s no secret Windows 7 will be at the top of the agenda but Robbie Bach from Microsoft Entertainment & Devices is also scheduled to make an appearance which hints at some new consumer entertainment announcements. Speaking of which, the XBOX is due for an upgrade.

The keynote is “scheduled” to begin on Wednesday January 7 at 6.30pm PST (find out when that is in your local time here). You can play along at home with the official webstream in low (100k), medium (300k) and high quality (750k). Assuming Ballmer will be as animated as he usually is, you’ll want to grab the high quality to see him in his full glory.