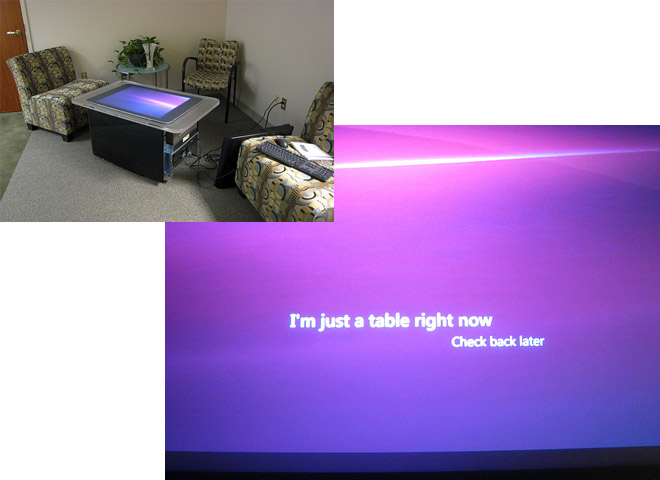 After reading last month’s Microsoft Surface installation horror story, it’s a nice surprise to see the Surface not taking itself too seriously during the setup process. Flickr user “mulmatsherm” captured these photos of the Surface when it was presumably just being initialized for the first time. The text on screen reads “I’m just a table right now – Check back later”. At least it’s honest.