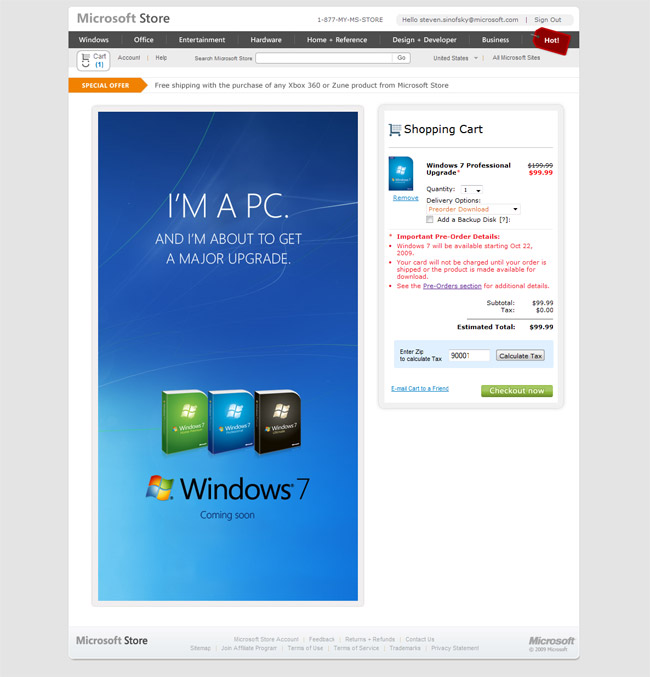 So I was over at the Microsoft Store seeing if one could pre-order a copy of Windows 7 with a fake US address and saw this banner when I checked out. I thought it was cute Windows is talking about itself in the first-person. It’s also interesting to see Microsoft ultimately classifying Windows 7 as a major upgrade where there’s been quite a bit of a debate on whether it is a major or minor release. Thoughts?

Update: For those who are curious, using a fake US address did not work since it appears to check for the region of your credit card number too (after you complete purchase).