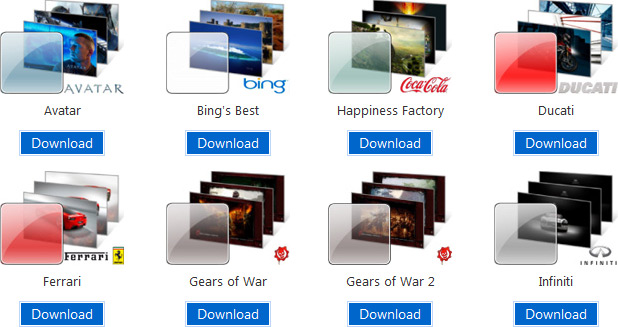 As the official Windows 7 launch is set in motion, a bunch of new content is being released online to support the wider public availability. To kick things off, a handful of new first-party theme pack have been released on Windows.com, but with a twist.

In addition to a number of new international themes released featuring photographs from different regions of the world, 14 sponsored themes are also available for download with wallpapers sourced from various notable brands. They range from movies to sports cars, video games and even refreshment beverages (from both Coke and Pepsi!).

As time goes on, I’d expect more companies to jump on this opportunity as an easy and fun way to promote their products and brand. Music label EMI has already planned a whole site dedicated to branded Windows 7 theme packs.