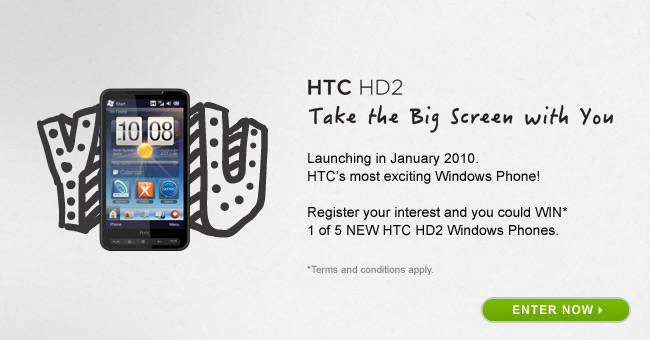 If you’ve been on the lookout for a new smartphone for 2010 and is a resident of Australia 18 years or older, then here’s a competition that will make the new year extra special for five lucky Aussies. That’s because Microsoft Australia is giving away five of the state-of-the-art HTC HD2 Windows phones launching in Australia on Telstra during January.

I can’t imagine anyone who wouldn’t want this, even if they’re not a fan of Windows Mobile. As such, head over to the competition website and write a short 25 word story on how the HD2 will improve your life.

Competition closes 16th of January so you have the whole holiday break to think of something good. Note, entries are judged on creativity so you might want to avoid writing about “calling mom” and the like.