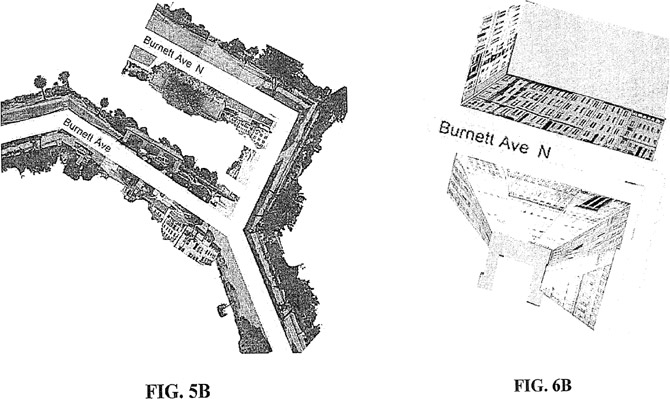 Whilst I’ve completely given up on the new design of Bing Maps (expert testimonial one and two), Microsoft deserves credit for some interesting mapping innovations like Street Slide. A recent patent applications reveals yet another interesting spin on street-level imagery that might make them far easier to explore.

As mapping has evolved, satellite imagery has become a common tool to identify structures of a unfamiliar places, however unless your common method of transport is flight, looking at buildings from the top is not the best representation what you might see when traveling. More recently, street-side imagery like Google Street View has become far more relevant, however they are harder to navigate in larger areas. 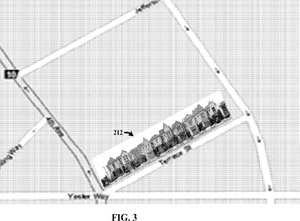 As per usual, Microsoft’s idea combines the best of both.

In the most basic sense, it projects street-side imagery besides both sides of street markings on a traditional map. Add this to your ever-growing list of “why didn’t I think of that”.

Combined with some post-processing on the street-side imagery to remove the sky and roads using 3D spatial data of just the buildings, you’re left with a clean projection of how the sides of a street would look laid out besides it on the map.

Although I don’t think this solution will replace either satellite imagery or street-views, but it offers a good middle-ground between the two extremes. Until then you’ll have to drag that yellow guy around a bit longer.