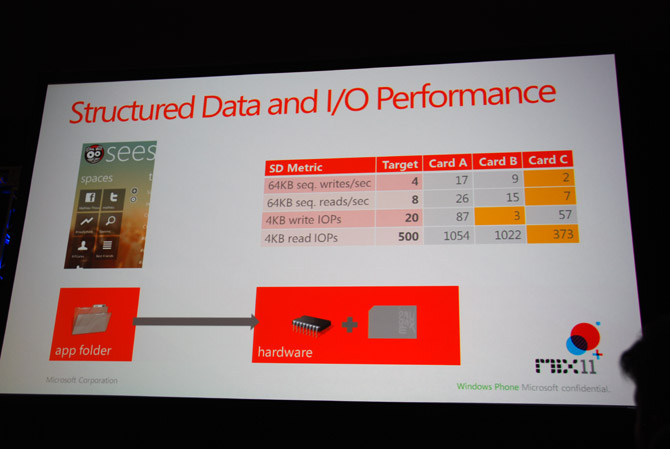 The first was the scope of input & output performance discrepancy for SD cards inside Windows Phone 7s. As I understood it, this affects even “approved” cards that ship with the device. Although it wasn’t clear if these synthetic benchmarks translate to much real-world performance, I assume this explains some of the minor performance inconsistencies between devices. 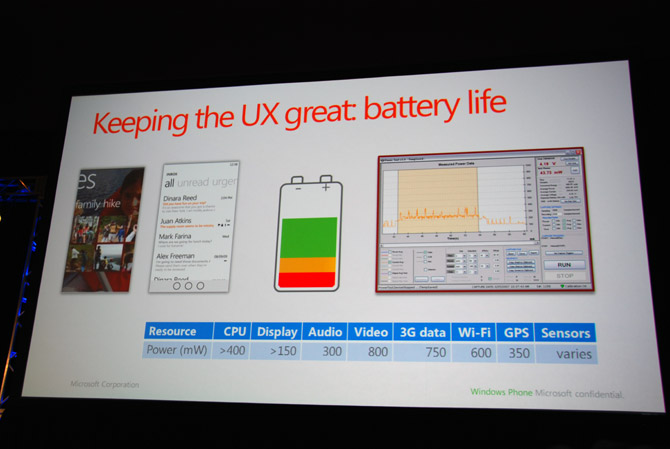 Next was a break-down of the battery usage by component on the device. Even though it wasn’t a secret video decoding, 3G and WiFi are some of the biggest consumers of battery power, the numbers reveals exactly how much difference there is between the each of them. As a surprise to me, neither the GPS or display consumed as much power as I thought they did. 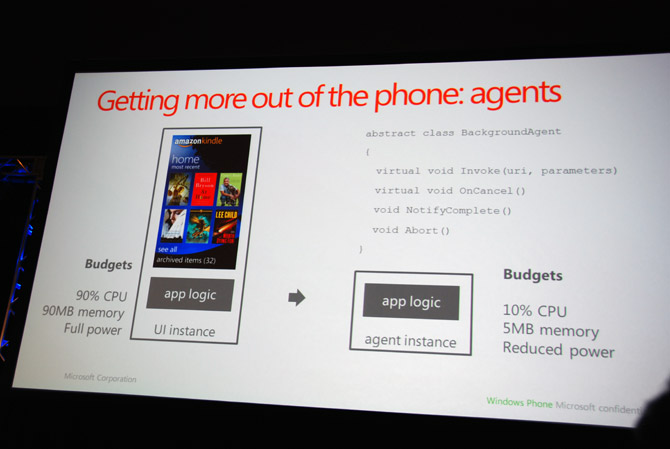 Finally, just as foreground applications on Windows Phone 7 have resource budgets limited by the operating system, background agents do too. It turns out in normal situations, live agents have a maximum allocation of 10% CPU and 5MB of memory which may be a conservative limit that I’m not sure if developers will hit if they try to do anything more than simple web requests. We’ll have to see I guess.