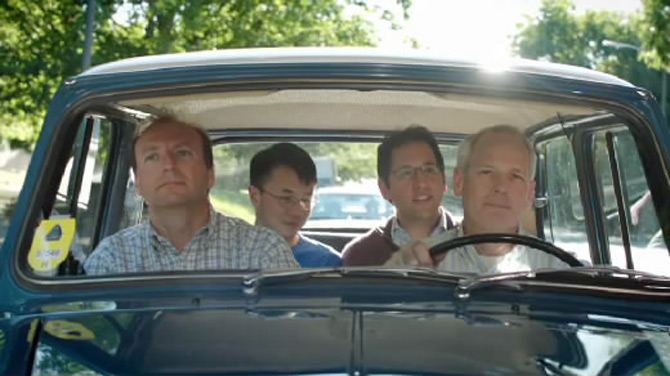 I miss the spoof videos that used to break the ice for most Microsoft keynotes, like the infamous Matrix spoof of 2003. Now more times than not, they seem to be limited to internal events such as the one above for MGX FY12, the same event that delivered “The Gmail Man“.

I’m not too sure what the context of this video is suppose to be, but even without one there’s something inherently amusing about senior executives carpooling, discussing TV shows, yelling at iPhone users, choosing between Larry Page or Steve Jobs and smack talking Google.

Apparently this is an alternative edit of the one that actually screened at the event but nevertheless worth a laugh or two.

Update: The video has since been taken down by the author.