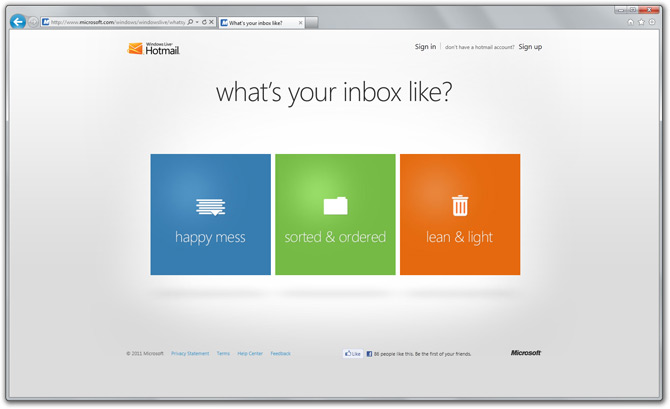 Microsoft’s Metro-inspired websites are getting better and better. The latest is “What’s your inbox like“, a marketing promotional website for Windows Live Hotmail and sports one of the best “native” implementations of the Metro tiles I’ve seen in HTML5, JS and CSS yet.

The tile shadows are a nice touch reminiscent of the upcoming XBOX 360 dashboard update.