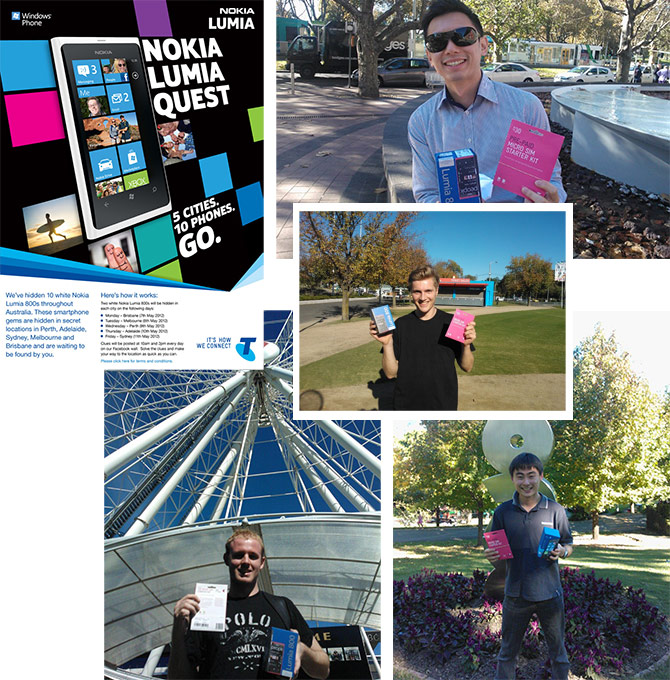 Easter might have passed but that hasn’t spotted the Nokia bunny from leaving goodies all around Australia for people to find. In fact the prize is much better than chocolate eggs, there are 10 white Lumia 800s up for grabs.

The competition called “Nokia Lumia Quest” is happening this week throughout 5 major cities (sorry Canberra) with two phones in each city to find. Brisbaners had its chance yesterday where Alex and Tony found the phones at a park and school respectively.

(Alex) sprinted all the way from Central Station in thongs and with a backpack. He was so breathless he literally collapsed in the garden when he found the phone!

The clue for this location was: “Originally home of Expo ’88 but now the views from here will amaze every day, by night it spins and illuminates the skies”

(Tony) was a former BGS boy and walked past the ROCK statue every day on his way to school. He happened to be visiting the school yesterday and took a punt on it being the ROCK statue! The punt paid off and he won!

Melbourne’s Devon and Billy took the spotlight and phones today at the Art’s Centre and Rod Laver statue respectively.

Good luck to everyone else in Perth, Adelaide and Sydney for the rest of the week.