Playing Left 4 Dead turned out to be excellent training for my “IRL Shooter: Patient 0” experience today. I wrote about IRL Shooter half a year ago and finally got to do it today.

After a 20 minutes drive north of Melbourne, I arrived at a to-be-demolished warehouse with five other people as squad KFZ, Kentucky Fried Zombies – an “elite security force” with a special mission. Infiltrate a run-down science facility, learn about the genetic experiment gone wrong and its mad scientist, and neutralize anyone or anything stopping us.

That is of course an elaborate set-up for the otherwise entertaining purpose of shooting zombies.

IRL Shooter is an ambitious project, the first of its kind. It’s a crowd-source-funded business to run real-life first-person-shooter gaming experiences and “Patient 0” is the first attempt of what it hopes to be many around Australia and beyond. It raised nearly $250,000 in a matter of days from what I can only presume to be gamers like myself who thirst for something better than your run-of-the-mill laser tag. 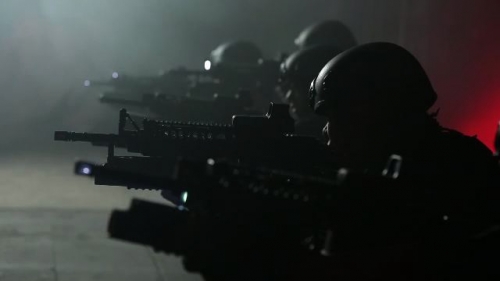 The immersive experience starts with the commanding Sergeant, in character. Basically, imagine a hard-ass with a pole permanently stuck up you know what. While you receive a mix of verbal abuse and death glares, the assisting Corporal issues a helmet and a mock M40 Carbine weapon before lining up against a giant metal door to enter the facility, flashing alarms and all.

While I appreciate the quick transition to immersion, I think this part could be structured more like a boot camp without the awkwardness of essentially paying to be swore at.

Inside, the environment is eerily authentic. Of course I only speak from gaming experience since I’ve yet to experience a zombie apocalypse (which now I’m extra prepared for).

There’s the typical warehouse, the science labs, the office, the “gore” rooms and more. The lighting and atmospheric sound design were both excellent, giving just enough light to be practical to navigate, but not enough that it feels safe. This is one scenario where strobe lighting is actually very appropriate.

The many science experiment and mutilated body part props were also finely decorated that could easily pass for a Hollywood horror production. The interactive props were few but interesting, including a computer puzzle which baffled our team to solve, and cryptic messages visible only under UV lighting. 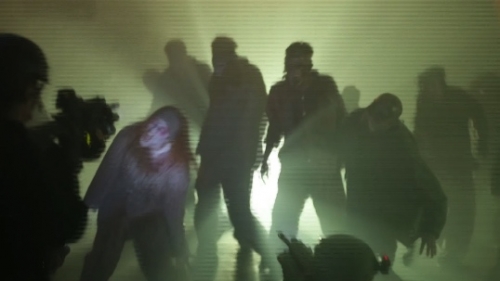 And of course, the zombies. No zombie game would be complete without the crippled, the fast runners and the extremely-mutilated that you feel almost sorry for. In close quarters, whether they are chasing or banging behind doors and walls, they give you a scare or two worth every dollar.

Even knowing they are all professional actors (some of who are qualified circus actors) who can’t physically hurt you (for practical reasons), but when they dash towards you with that unsettling vocal grunt, your body still resort to survival instincts and panic.

The flow from beginning to end was logical, but not as intensive as I imagined. There were a few moments, crescendos as experienced gamers would call them, where shit hit the fan. And they were good. But roughly a third of the hour-long playthrough was unfortunately lacking in any sense of action or urgency. 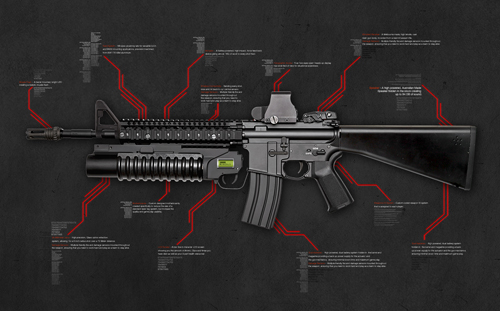 When it came to actually shooting zombies, the guns did their job. I believe IRL Shooter spent nearly a hundred thousand dollars developing the custom-moulded weaponary with all-specialized electronics which tracked health, ammo and damage which is a step up from standard-issue laser tag guns. But it is not without problems.

First and foremost, the gun is just uncomfortably heavy. I admit I am weak but even my more athletic team-mates shared this problem. I actually got “tired” of lifting my gun for the proper shooting position, which is counter-intuitive in a zombie game.

Firing was unfortunately toned down. Originally the company wanted to add real recoil to the guns, but ran into legal and logistical issues. Unlimited ammo with instant reload also took away the thrill of limited resources. Of course, there were other “things” to find. 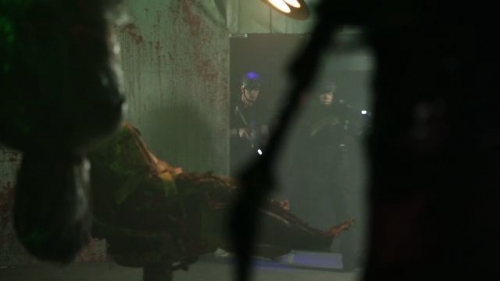 When you weren’t shooting, there was exploring. Although my team didn’t dive into every random opening, there is enough detail and mystery to the game’s story to make you want to know more and there was a side-quest with a collection objective to keep you looking.

You even come across several NPCs (non-player characters) who provide some back-story and help push you along, including one over radio contact.

Unfortunately the NPCs were all very hard to comprehend (without subtitles in games) and one character was actually quite distracting. Fortunately that one was consumed by a horde of zombies. No attempts were made to save them.

Overall, the ~$180 Patient 0 game session is an amalgamation of film-grade set design, devoted actors, master make-up artists, practical game mechanics and impressive behind-the-scenes logistics to turn what is otherwise a complete but undeniable work of theatre into a frightful, adrenaline-pumping and mostly importantly of all, fun experience.

As a first-attempt by the company for first time in the world as far as I can tell, they’ve got a lot of things right and many things to improve upon to turn a great experience into a f****** great experience, as the Sergeant would say.

IRL Shooter is wrapping up Patient 0 in Melbourne on January 27 2013 and tickets are still available. The company is currently running another crowd funding campaign for a behind-the-scenes look at the event and looking into other funding options to sustain its future in 2013 (which I’m attempting to help them with, but have no official affiliation with).

If you’re not in Melbourne or just want to experience the game from the comfort of your own chair, then you can watch a playthrough video below (not mine).