I’m a big fan of emojis, especially colored ones. At Microsoft BUILD 2013, the Windows graphics rendering team announced that Microsoft is proposing a practical and efficient addition to the OpenType font standard for multi-colored fonts support which they’ve implemented as a preview in Windows 8.1.

Existing multi-colored font alternatives use rendering font replacements or embedded bitmaps which are not very accurate or efficient. The proposal in a nutshell builds on top of the existing glyph to include multiple layers of glyphs and a RGBA color assigned to each layer.

This way it’s backwards compatible with existing operating systems as the fallback is the font’s glyph, or by user choice to disable colors.

Windows 8.1 will ship with support for colored fonts enabled by default in XAML and HTML/JS apps. DirectX apps and games will have to opt-in to its rendering in code. A new dedicated emoji font, Segoe UI Emoji, uses the new color glyph layers. You can see them in the on-screen touch keyboard. 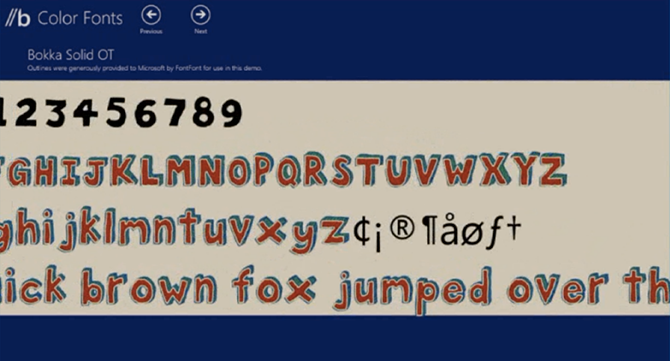 Microsoft also worked with some third-party font foundaries to prototype what colored versions of their fonts might look like. Of course these fonts aren’t going to start showing up in your office documents, but examples like colored dingbats are really interesting. 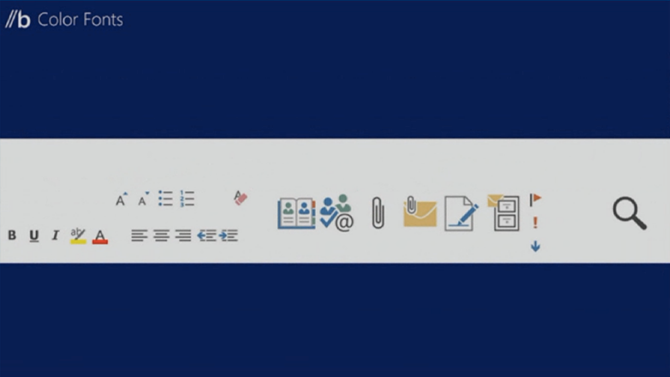 Besides just adding a splash of color to interesting fonts like emojis, there is also a practical side effect of allowing app designers and developers to utilise colored fonts as replacement for colored UI icon bitmaps because the font rendering system is extremely efficient and vector scalable for high-DPI displays.

The team hopes to submit the proposal to the ISO standards people for inclusion in the OpenType standard within weeks. I hope we’ll start to some interesting uses of color in fonts in the coming years.