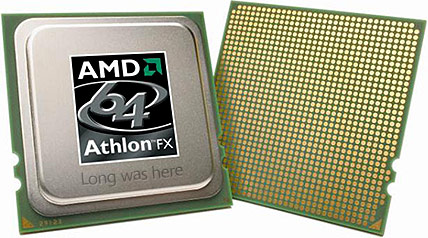 Whilst most of the Vanishing Point participants are losing enough sleep over just the chance to win a trip into sub-orbital space valued at $192,000, but some very enthusiastic and intelligent people want something different. They want the priceless chance for their name to be forever engraved on a computer chip, of course until 2 years later when these chips are out-of-date and thrown out in the garbage.

The meta puzzle bonus is something you can’t copy and paste from the Vanishing Point Wiki. It will be awarded to first and only person to solve the mysterious puzzle. This puzzle is so concealed that even white boxes barely the size of several pixels are providing important clues to solving this puzzle.

Loki has said “I will print your name on the actual casing of every AMD Athlon 64 FX computer chip manufactured between now and March 31, 2007.” but after contacting AMD about this, they have said they’re only doing a special run of 1,000 highest-performing (at the time) FX processors with the winner’s name engraved. Who do we trust? An imaginary figure or the company actually producing the chips?

These processors will be sold in unmarked processors-in-a-box (PIB) packs where AMD PIBs are commonly sold. These PIBs have a clear plastic window on the side so you can easily identify if the chip has been engraved or not. But if you ever find one, it might be worth putting on eBay since the winner may not actually get a complimentary processor themselves, so I bet they’ll be hunting these down too.

In other news, 42 Entertainment has finally fixed the spelling of “Australia” on the Vanishing Point website. So far, I’ve seen at least two accounts of “Australia” spelled with an extra “i” (Austrailia) during the course of Vanishing Point. I urge 42 Entertainment to double check their geographic locations in the future before thousands of enthusiasts rush to some small island nation in the middle of the Pacific Ocean thoroughly searching every beach for clues in the sand. Oh how amusing that would be. 😛

Not long to go now, before someone finds Loki’s vanishing point.