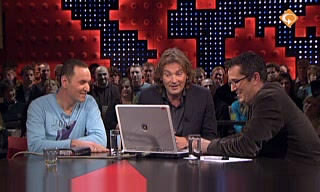 At the current rate I’m stalking Tjeerd Hoek, I’m going to have to learn Dutch sooner or later. Until then, here is a roughly translated summary provided by my good Dutch friend, Andre Fedosjeenko, of what Tjeerd said during the “De wereld draait door” TV show a few weeks ago talking about the design of Windows Vista.

In English, the interview suddenly becomes more interesting. There was more depth into the technical and artistic process than I would have imagined possible for a national TV program, although the child in one of the frames nearly fell asleep. Just as my friend Andre put it after all the time and effort translating, “enough Tjeerd for one day”.