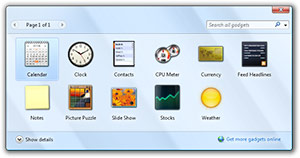 Don’t read this if you are easily disappointed or are already disappointed with Windows Vista compared to Longhorn, since it just adds more fuel to the flame. A patent application published yesterday (May 31) reveals a little more about the other ideas Microsoft had for Aero Glass. The key characteristics of Aero Glass, colorization and reflection, are explained in two separate patents, “Glass appearance window frame colorization” and “Dynamic reflective highlighting of a glass appearance window frame“. The latter brings up an interesting idea, it writes,

If you’re not familiar with the techno-babble-patent-language, what it means is that the reflection in Aero Glass (the white stripes) was designed to change based on the position of the application window on the desktop, on the time of day, or both. Since the reflection already moves with the position of windows in Vista, then it is obvious the time of day configuration was cut from the final release.

Because the patent office doesn’t believe in high-quality imaging technology (irony) such as a color scanner, we can only imagine what the final result might have looked like.

Not that it would have been very useful, too subtle and inaccurate to tell the time of day by looking at the intensity of reflections. However it would have been that extra attention-to detail-and subtle-surprise much of the enthusiast community has come to expect from Microsoft Design. The feature might have been cut down to technical or feasibility problems, but it shows at least the idea was there.