On the second last day of Microsoft TechEd Australia 2007, everyone was invited to attend the closing party at Warner Brother’s Movie World theme park on the Gold Coast. It was a good time to wind down after two days of 8-to-6 learning. There was free food, drinks and best of all, rides! “Sci-Fi” was the theme of the event. I was too busy having fun so here’s only a very brief overview. 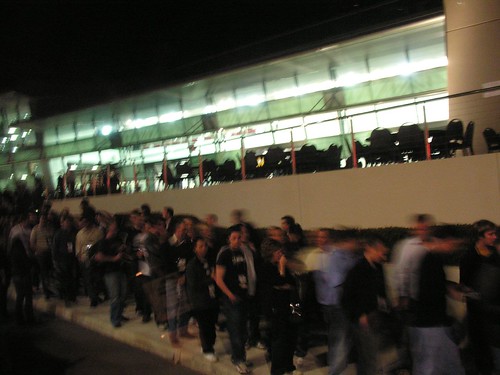 It took at least two dozen coaches to transport no fewer than 2500 delegates and staff to the event somewhat 30 minutes away. Everyone was asked to queue at the convention center from 6:15pm. It was an obvious logistical problem and I’m not sure this was the best solution, but everyone got to Movie World by around 8:30pm. 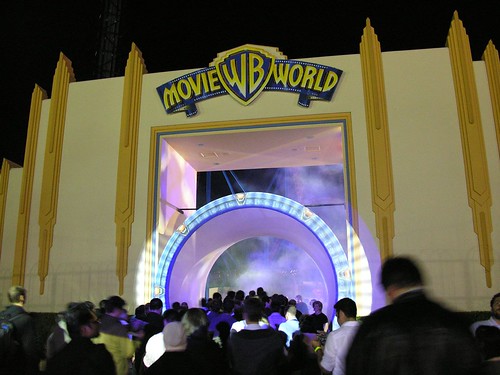 At the entrance, everyone walked through a somewhat obvious Stargate replica. Standing alongside were some not-so-obvious character actors. 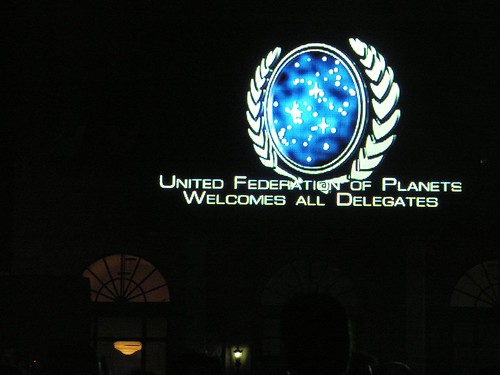 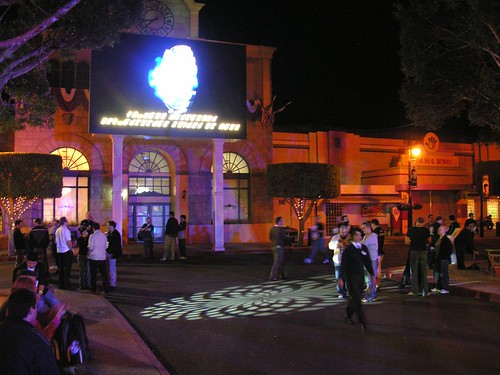 Star-Trek reference on the big screens. 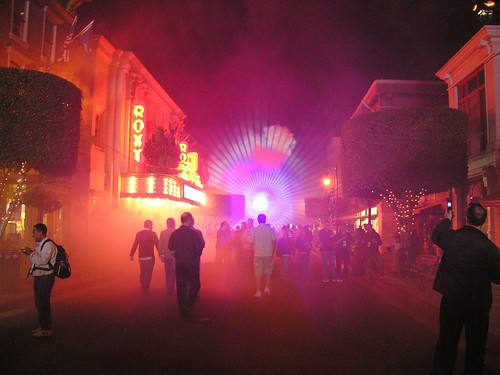 Not too sure what the light projection and smoke effect was intended for, but was still pretty cool. 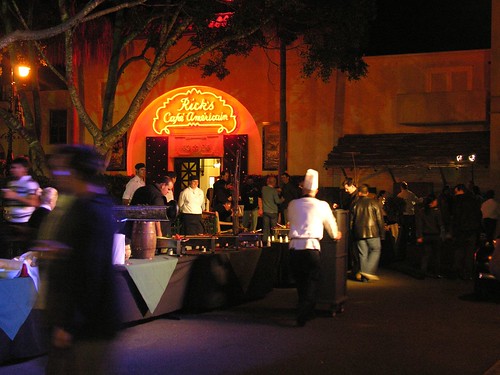 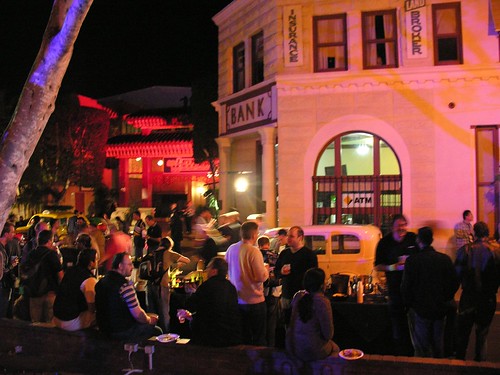 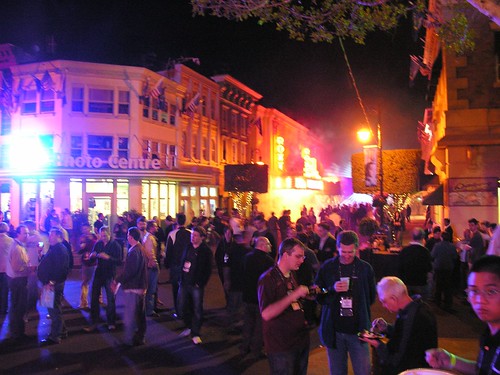 Everyone having a pretty good time.

Most of the rides were open including Batwing Spaceshot, Superman Escape, Wild West Falls Adventure Ride, Lethal Weapon – The Ride and Scooby-Doo Spooky Coaster. Being subjective to motion sickness, I only opted for the Scooby-Doo ride which was an unexpectedly enjoyable. Not spooky by any standards, but had some great dips and corners.

Overall, it was a great night well organized. Hats off to Jack Morton for their events management expertise.