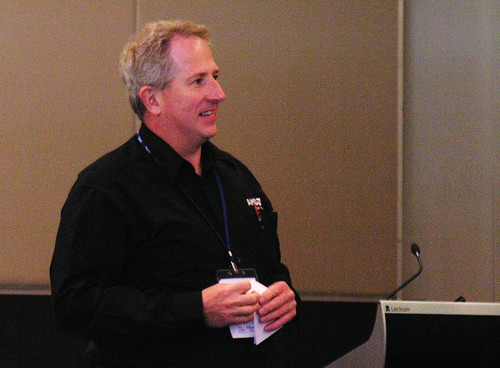 At the Influence Forum 2007 in Australia, AMD Australia’s technical manager Michael Apthorpe suggested the upcoming “Fusion” architecture for a hybrid CPU/GPU design on a single chip design will offer (at the time of release) similar graphics performance and capabilities to those mid-to-high-range graphics cards today.

Still expected to ship between late 2008 and early 2009, initially Fusion will be targeted at the integrated value space for UMA-based notebook systems. Because the integrated market is very price sensitive, the price point will be quite low, but perhaps still marginally higher than current integrated alternatives. In return, notebook users will enjoy considerably better graphics capabilities and performance for the cost difference.

The question of motherboards capability was raised by the audience to which Michael stated AMD are currently looking into possible backwards compatibility but suggested it will most likely require a new motherboard.