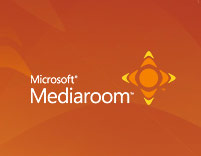 Microsoft might have just got the Mediaroom party started four months ago, but already dozens of providers around the world are drinking the kool-aid and having a good time. The much anticipated XBOX 360 integration is also crashing in any day now, but Microsoft’s got one last party trick, called the “Mediaroom Personal Server”.

On the generously detailed Microsoft Support Lifecycle’s portal, where it lists the support availability dates for all previous, current and upcoming Microsoft products, features an entry for “Mediaroom Personal Server“. The general availability date provided is “12/29/2007”.

Okay, I have to admit, I have no idea what the Mediaroom Personal Server is. But thanks to Microsoft’s ingenious naming conventions, you can’t be too far off with a guess either. It is definitely a consumer-orientated software or device bundle, much like Windows Home Server, which serves as an aggregator and hub for your Mediaroom devices.

Some of the scenarios I can think of with a ‘personal media server’ includes letting you rip and store your DVDs for instant access, let you subscribe to vidcasts which it will automatically download and archive, or even just manage all of your scheduled recordings including remote recordings from web access.

So far, there’s not even one reference to this product anywhere on Google besides Microsoft’s support page. It is definitely not something they’ve mentioned in passing. However since it’ll be available in exactly two months, I’m pretty sure it’s being worked on very hard.

Update: Or not. By a mile. Apparently it’s not even a consumer product, instead a virtual Mediaroom environment for third-party developers.