The Zune software hasn’t been released for very long but I’ve already thrown my usual arsenal of weapons at it in the hope something undisclosed in the source will waive the white flag. Fortunately, I won’t go to sleep empty handed as I’ve discovered a new device color for the Scorpius 4GB/8GB Zune that is not yet available for sale or mentioned anywhere in the marketing materials.

The fifth color is called “Citron” and can be simply described as citrus yellow. When this color will be available, it will bring the total choice of colors to five – pink, red, black, green and yellow. Unlike the other colors however, the squircle touch-pad is filled black instead of the same color. 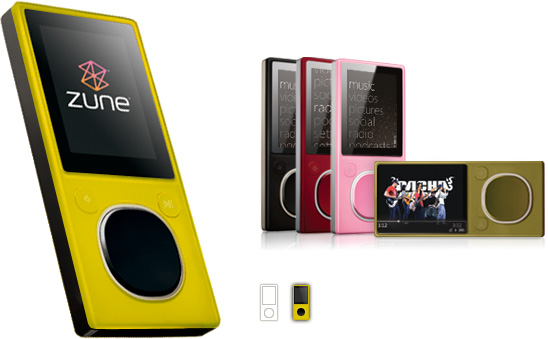 Because all the appropriate resource files for this color model are already embedded in the Zune software, the most obvious explanation is that Microsoft is holding back this model for the holiday season as a surprise. In which case, this post does not exist.

Update: According to the knowledgeable Paul Thurrott, he says the yellow Zune is a commemorative gift only for the Zune team itself and ship with an extra load of memory 16GB in total. In which case, I’d still reckon it’ll sell pretty well if it was ever released.