Even if you don’t own a Dell computer, there’s a lot to thank them for how they have changed the concept of buying and selling factory-built computers. Besides being extremely competitive, they’ve also made computers customizable inside-out for all segments of the market both in the home and business. Which is why when Dell (finally) announced their Tablet PC offering, every tablet enthusiast scribbled with joy, including moi. Many believe and hope Dell could set the Tablet PC industry right, even if price is all they’ve got.

But according to internal documentation (above), Dell’s first Tablet PC, Latitude XT, was intended to ship in most regions outside America last Friday. Unfortunately it seems to have suffered a delay since it has not appeared on any Dell’s regional websites. The delay might be related to the recent LCD shortage.

On the bright side, I do have some official technical specification information for the Latitude XT, more or less confirming the leaked specifications from a month ago. 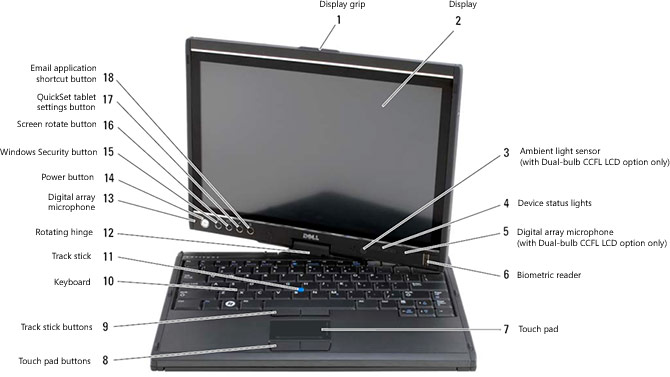 And even more specifically about the display screen and tablet input device.