The Microsoft event for freeloading students called “Mix On Campus” happened yesterday in Melbourne and I went along because I very well fit the description. It has also been a few weeks after finishing my university exams so it’s a good chance to reunite with a couple of friends, fresh air and sunlight. The event was organized by the Microsoft Australia Academic‘s Nick Ellery who put in a lot of generous time and effort to give students a free ticket to live some (and I’m sure it’s barely a scrape) of the real MIX experience in Vegas or ReMIX in Melbourne a few months ago.

For students, it was an invaluable opportunity to take a first-hand look at some of the new Microsoft web and design applications and services as well as network with industry professionals. 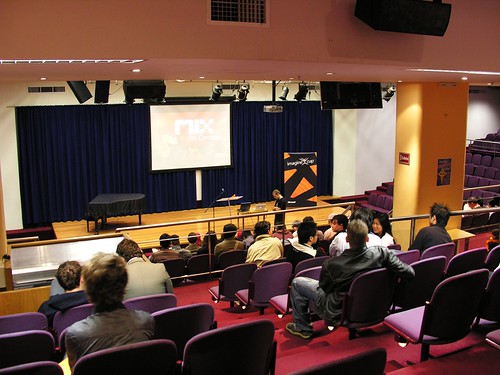 As expected, everyone showed up 5 minutes before the event (including myself). It might look empty now, but it easily reached a hundred people once the big hand struck 10. 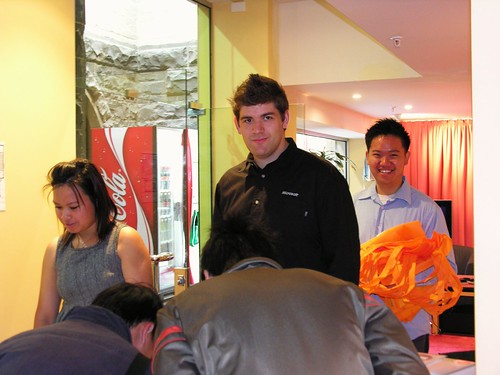 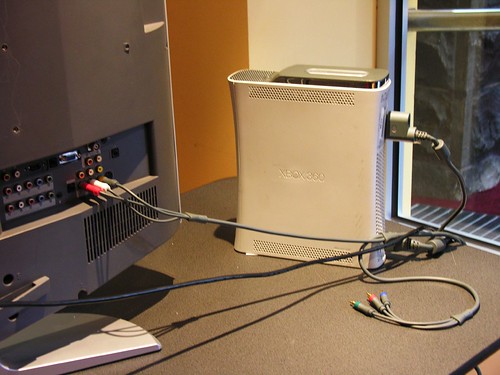 Unfortunately the person who hooked up the XBOX was what people in the industry call a “noob”.
See if you can spot the mistake. 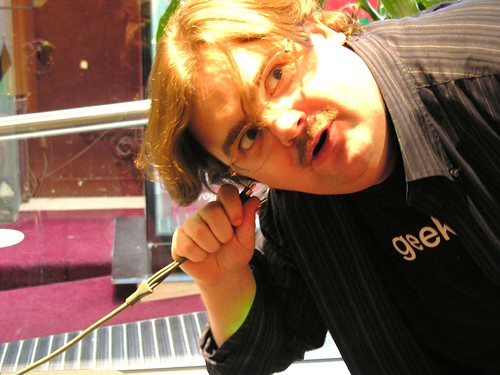 Nick Hodge had a better idea for the high-definition cable. 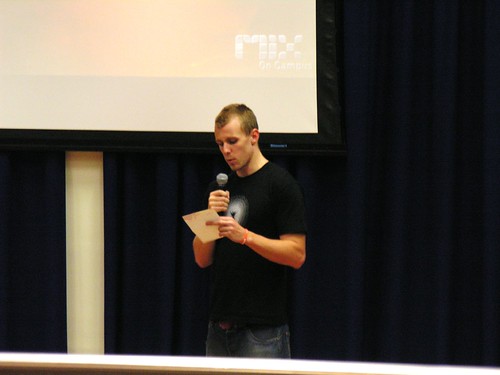 Nick Ellery gives a quick introduction before we move onto the keynote. 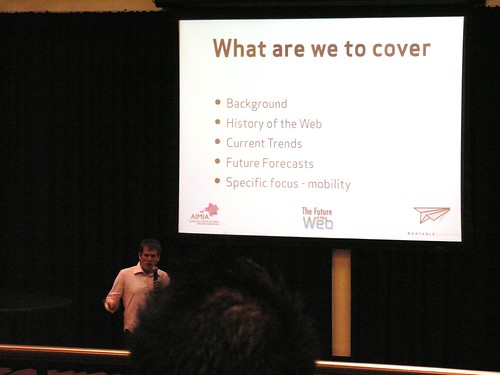 Simon Goodrich from AIMIA talked about the history of the interwebs and also its future. He emphasized the mobile phone as the device of the future. It was going pretty well until he called Firefox an operating system. And showed a fake fan-made Google Phone video as the real the thing. 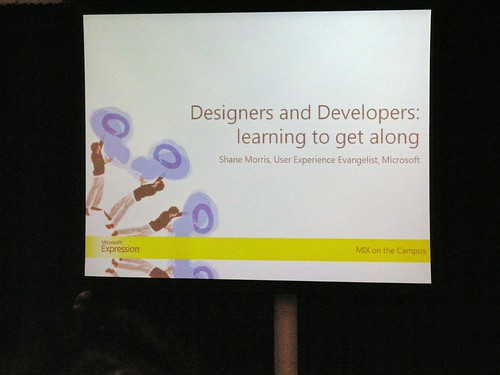 Shane Morris, UX evangelist from Microsoft talked about the bridge between designers and developers. 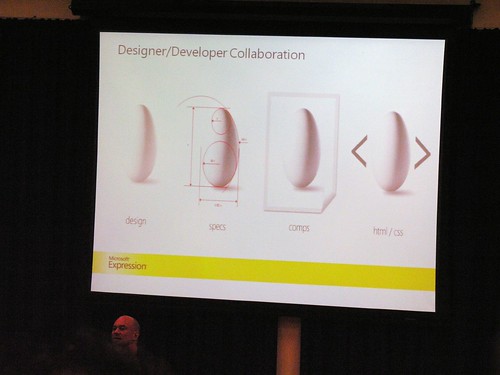 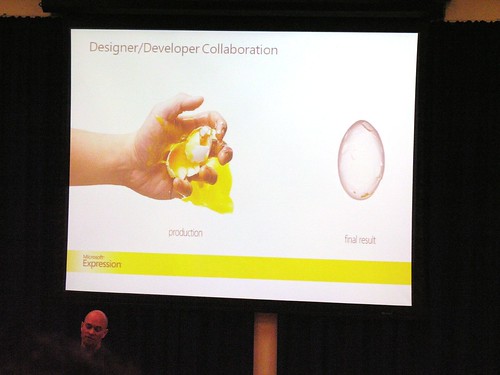 There were the usual bunch of designer/developer jokes. 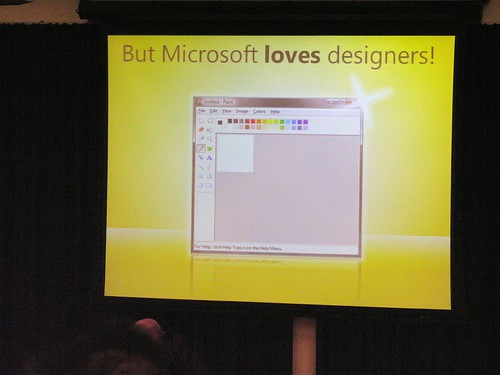 Although I’ve never seen this one. He then did a blazing fast demo of all the Expression products in under 30 minutes which was quite a thrill. 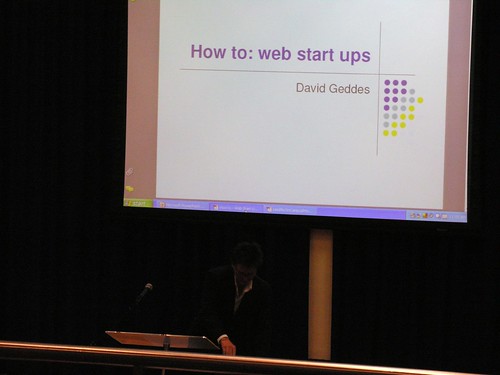 David from Si-Mi.com (Revver clone), an Australian Web 2.0 entrepreneur, gave a presentation about starting your own start-up. I want to say this was a potentially useful presentation, however it was uninspired and even less relevant to students. 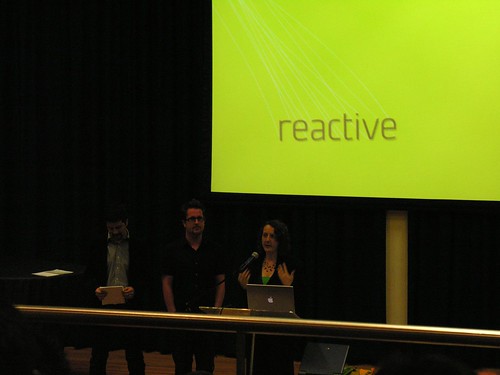 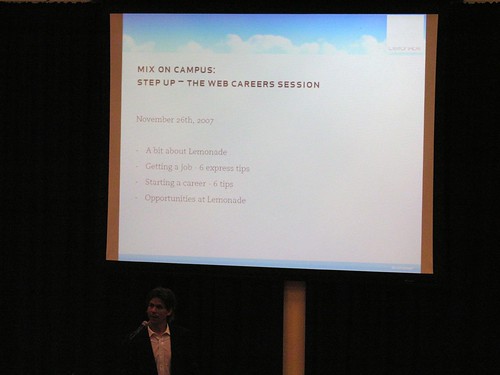 Then came a bunch of people in the industry, from Reactive and Lemonade, who gave pretty solid career advice. 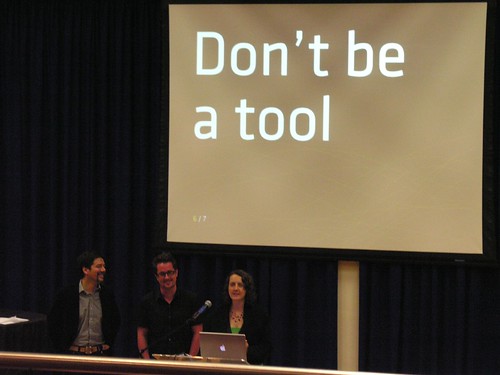 This I thought was very useful. 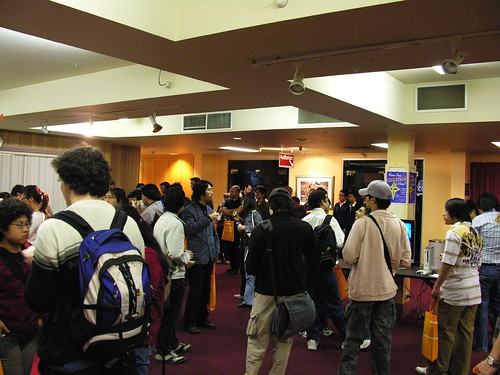 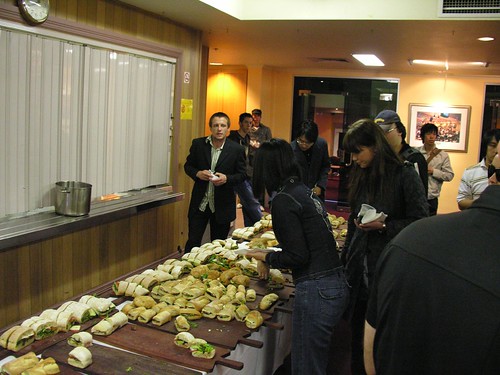 Then came lunch. A quest in itself to figure out which bread rolls were what. Labeling would have ruined the surprise flavors. 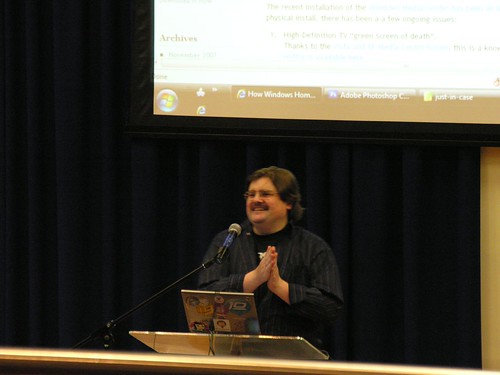 The best presentation of the day was of course by Nick Hodge. 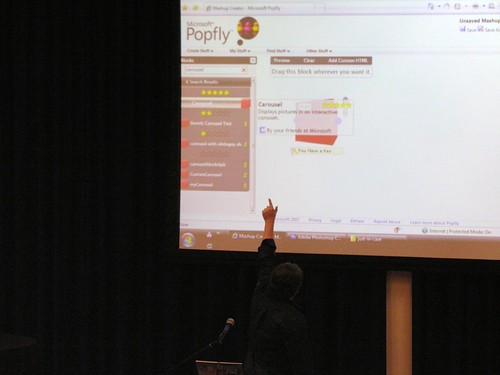 Who gave a quick demo of Popfly even without internet access. Although he did have cake. Moist and delicious cake. 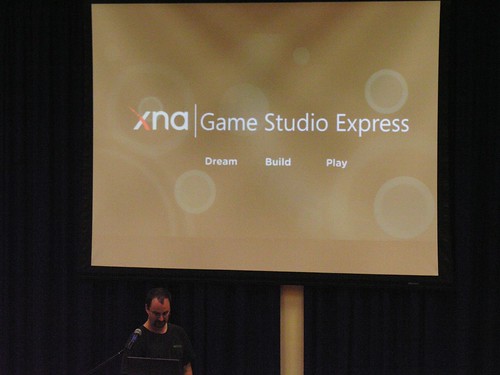 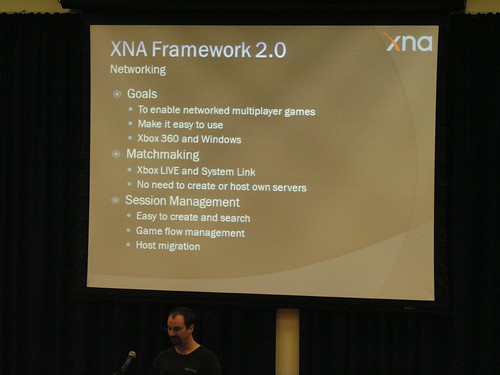 Glenn Wilson, fellow Australian XNA MVP, gave what he claimed what was the world’s first public demonstration of XNA 2.0 released just days ago. 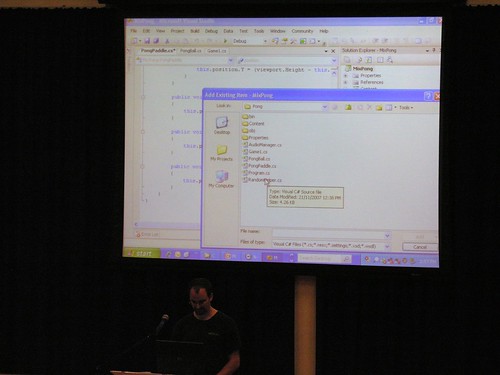 Extraordinarily he built a game of Pong with AI and sound in a little over 30 minutes with a few cut and pastes.

For a first time, Nick did a great job of putting together an event just for students. Perhaps a few more demos and a little less industry opinions could have made it more educational, but I’m sure it’ll get better over the years. Definitely worth attending. Even just to play 4-player Halo 3 deathmatch, on PAL resolution. More photos at Flickr.