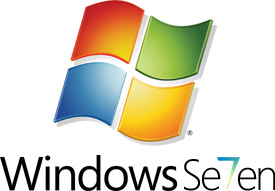 Looks like it didn’t take long for the first external build of Windows 7 to be leaked on to the interwebs. Black fumes were reported escaping Steven Sinofsky’s office earlier this morning after news Microsoft has delivered a Milestone 1 build of the next version of Windows to OEMs spread like wildfire in a dry grassy field on a hot summer’s day.

A member named “kenipnet” on Neowin.net’s forums claims to have and installed this very build on his own desktop and laptop machines, and posted this short review on Neowin. For unknown reasons, it was later deleted by the poster, but fortunately the website administrator “Neobond” has republished a cache version of the original post for all but Sinofsky to see. Of course there’s no way to prove this is true, but the facts appear consistent with ‘other reports’ of what the build contains. Take it with a grain of salt and a cup of tea, donuts sold separately.

Over the weekend I finally managed to play with the build…. but disappointed.

One my primary machine, it asked for my SATA driver (never happened when installing Vista, as my drives were set as IDE in BIOS). After adding the driver from my USB thumb drive it would finally install. It didn’t boot after first restart, however.

On my laptop it installed perfectly, but with no driver support for the video card. After numerous tries I gave up in the end, so Aero is now left in the dark.

Oh well, so there’s nothing to show.

The GUI, as much of you have guessed, is very much like Vista. I don’t know if once the right video card driver is in place whether there will be flashy stuffs to surprise me. The system is very responsive, using barely 480MB of memory after boot.

Gadgets are now integrated into explorer. You can right click on desktop and select “Add Gadget” or “Hide Gadget”. There is a new gadget called “Windows Media Center” that displays now playing information from the WMC. On the same menu, “Display” is added above “Personalization” which gives you direct access to display DPI settings. The page is much more polished than the one in Vista.

The start menu features a pin besides each item. Clicking on it toggles pinning/unpinning the item. Search in explorer is now states where you search within (usually being within the folder, as in Vista). You can now, however, adjust the size of the search box.

XAML fonts, called the “Composite Fonts” are now added to the font folder. Perhaps WPF will be much more prominent in this release. It’s disappointing that I don’t have Aero running, or otherwise there might be some interesting stuffs to see.

A new application is added, dubbed the “XPS Viewer”, no surprises, either.

Then finally, something interesting came up: the feedback tool. The feedback tool lists the “pillars” of Win 7. You can see that Microsoft is aiming to fine tune this release as the case in XP rather than technological advancement as in 2K. highlights include”network aware”, with improved connection tools and detections. It will have the ability to detect which network you’re in and switch your settings and devices accordingly; With Live account, you can carry your IE settings and favorites with you; Gadget data caching; New Calculator, Paint, and Wordpad using WPF; install to desktop in 10 mins with only 1 reboot; instant streaming; better battery mileage, etc. All descriptions are scenario-based, so what will actually turn up is still yet to know.

Oh.. how could I miss this. A new boot screen does show up, finally. A full screen Vista-logon screen like boot screen with a beam scrolling across the whole screen near the bottom. Looks nice but reminds me of Win9x (well since XP we’ve been in the “dark”, so surprised to see such a bright boot screen)!

I for one simply cannot wait for the new calculator. As long as no one gets into unrealistic release date guesstimations again, it’s all good fun. Although I don’t agree with what the poster described as a “disappointment”, because there shouldn’t be any expectations. Let’s not make the same mistake twice.