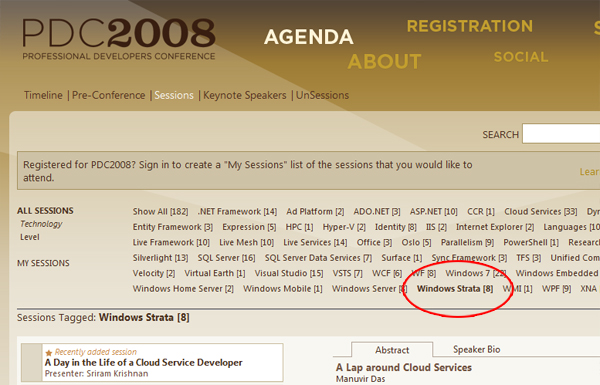 “Windows Strata” could be either another codename or even dare I say the final name for the “Windows Cloud” operating system Ballmer has been touting much lately as the name has recently condensed on the Microsoft Professional Developers Conference website. (See what I did there? I made a cloud pun.)

Either “strata” refers to “stratosphere” – the second layer in the Earth’s atmosphere above most clouds, or “stratus” – weather jargon for a type of cloud. Somehow I doubt it’s the latter since stratus is the type which casts a low gray blanket over an entire city, turning day into darkness and gloom. Probably not the association they were going for. On the other hand, stratosphere is above the rest. 😉