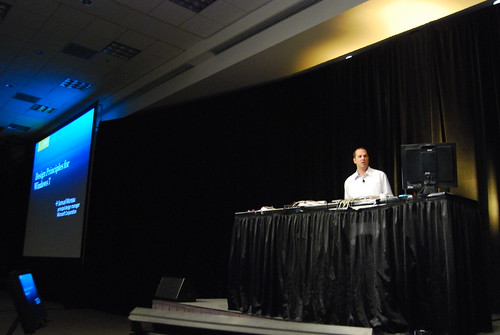 If you’ve never seen Hillel Cooperman’s presentation “Getting Users to Fall in Love with Your Software” from PDC 2003 for what was then Windows Longhorn, then you’re missing out. Fast forward five years to PDC 2008, Samuel Moreau gave an updated but very similar presentation in motive but today titled “Design principles for Windows 7“. 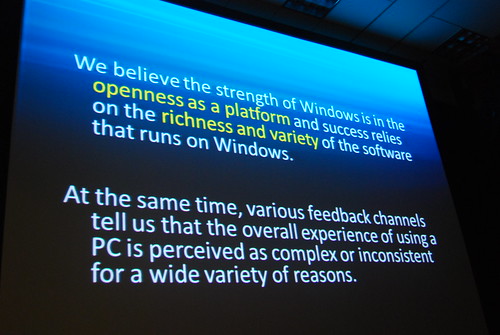 In summary, Samuel argues people don’t buy Windows for Windows but for the rich variety of software. Therefore it is a shared responsibility between third party developers to ensure the overall experience of Windows is all about making people successful. 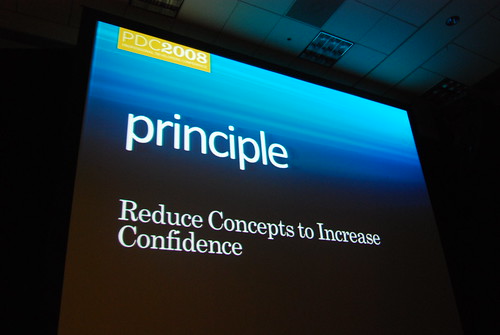 The first principle when designing for Windows 7 is to “reduce concepts to increase confidence”. What users shouldn’t do is blame themselves when they don’t feel confident about Windows. The solution is to reduce the number of duplicate “concepts”. 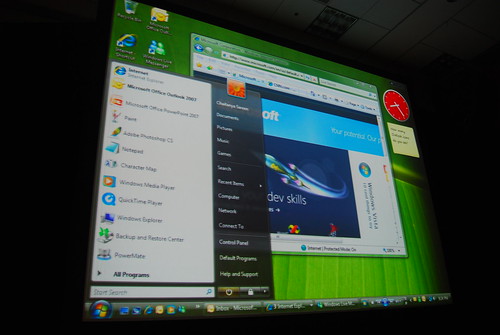 For example in this Windows Vista screenshot, there are 6 Outlook items on the screen. Desktop, start menu, quick launch, taskbar, system tray (twice). 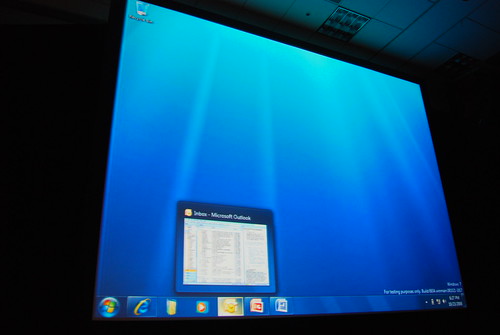 In this Windows 7 example, it has been reduced to just one item. Of course, the desktop and start menu are arguably customized but it is also recommended developers don’t artificially place their icons there. 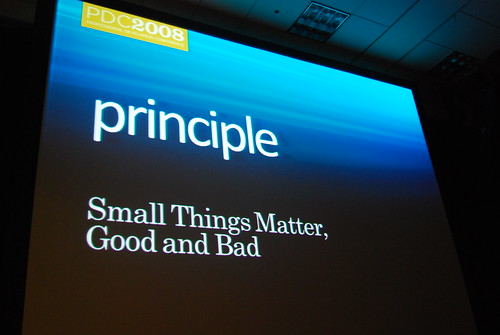 The second principle is “small things matter, good and bad”. Basically, lots of small things, seen by lots of people a lot of the time builds up. This of course can be either good or bad. 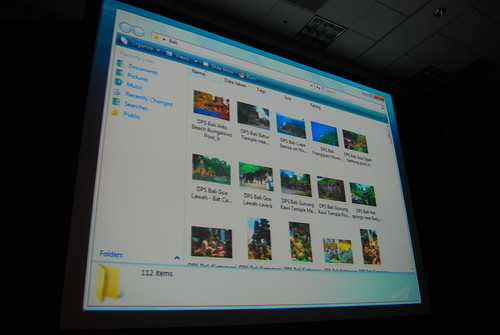 The examples he gave includes this Windows Vista window of a folder of picture. Here, the command (blue) bar draws a lot of attention and the border around photos take up a lot of valuable screen estate. 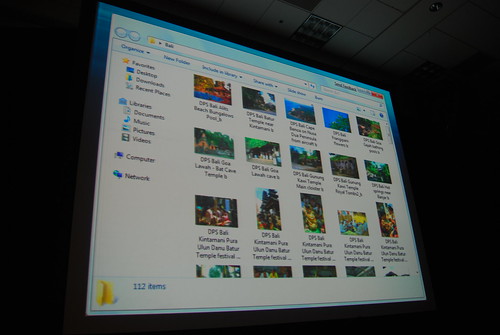 In Windows 7, more focus are placed on pictures rather than the chrome. To do this, the command bar is lightly colored. Borders are removed but the padding has actually been increased. The result is a fraction more pictures displayed for the same window size. 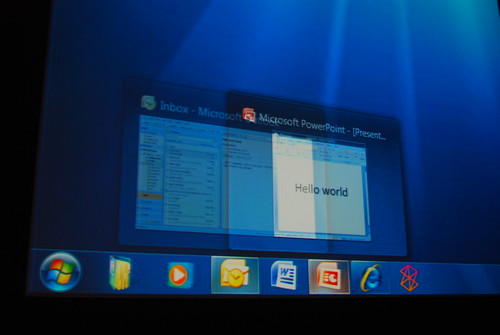 Samuel also talks about “delights” in the user experience. The example he gives is “color hot-track” in the new superbar. This was such a delight that in their usability study they received this type of feedback. 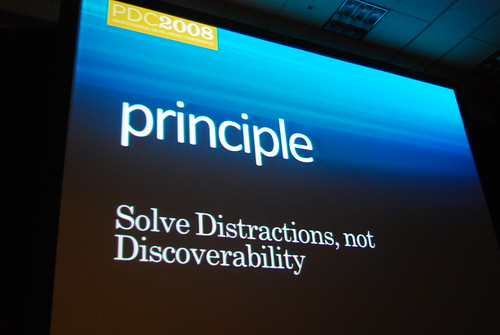 The third principle is “solve distractions, not discoverability”. Samuel draws a connection between software and kids, always calling for attention and don’t have any manners. 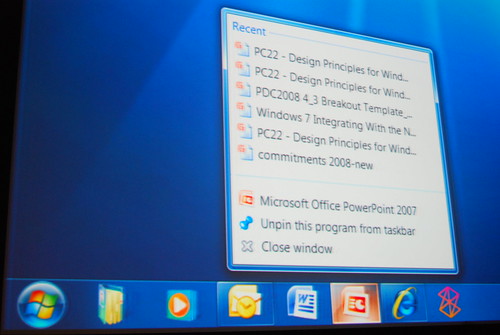 For example, in Windows 7, jump lists are activated by right clicking the icons in the taskbar. 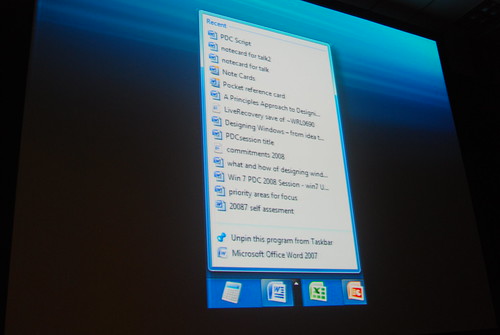 However in early prototypes, they had a split button which activated jump lists. The problem with this alternative is that it displayed too many arrows on the taskbar area. The small hit area was also difficult to target. To switch to the right-click solution, the designers had to overcome their fears and be confident in users being able to discover the functionality. 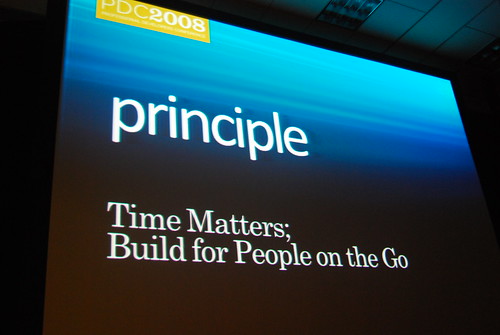 The fourth principle is “time matters: build for people on the go”. It doesn’t matter how beautiful your application is, but if it’s dog slow, it doesn’t really matter. 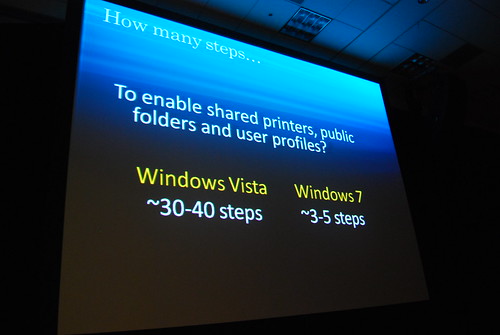 In contrast, to change shared printers in Windows Vista took as many as 30 to 40 steps whereas they focused on this scenario in Windows 7 to reduce this to 3 to 5 steps. 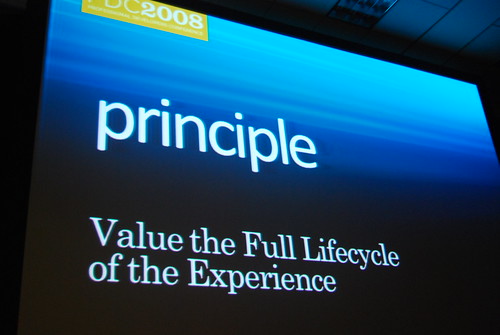 The fifth principle is “value the full lifecycle of the experience”. 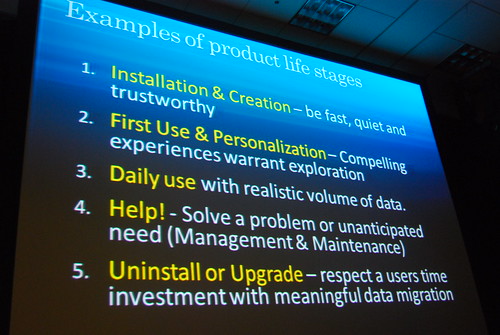 This principle states the entire experience, not just when using the application but from install to uninstall or upgrade should be looked at. 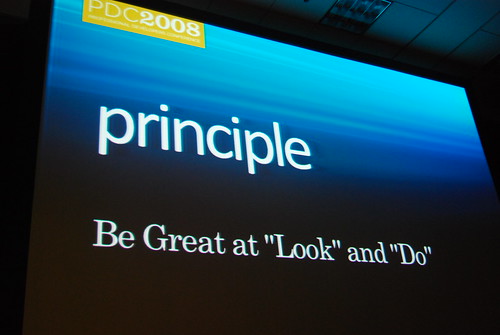 The last but not least principle is “be great at look and do”. 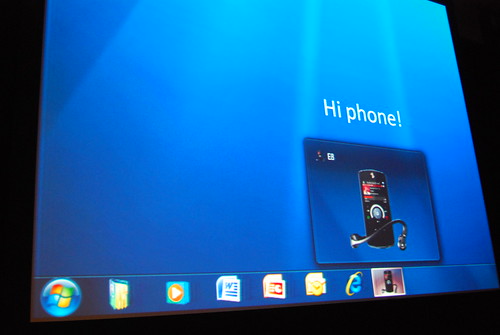 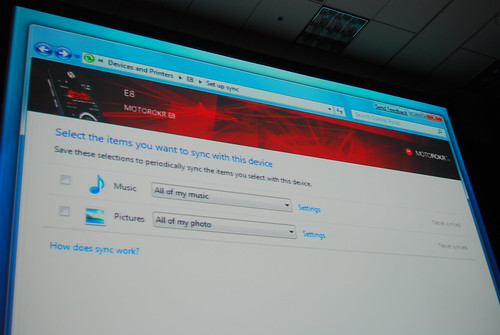 The example Samuel provides is that when connecting a phone to the computer, it shouldn’t be just another “generic device”. In Windows 7, the product icon shines through the interface to make users proud of their device.