Ever since the Windows 7 demo with Steven Sinofsky and Julie-Larson Green at PDC 2008 where they showed off the new “superbar” taskbar, there’s been a lot of questions about how the new taskbar will work, customized or tweaked.

Unfortunately because the pre-beta build did not contain the new taskbar, it’s been hard to answer those questions. Fortunately I met up with Chaitanya Sareen today who took me through a better tour of the new taskbar on one of the demo machines with the new build. Here’s a few facts about the new taskbar. 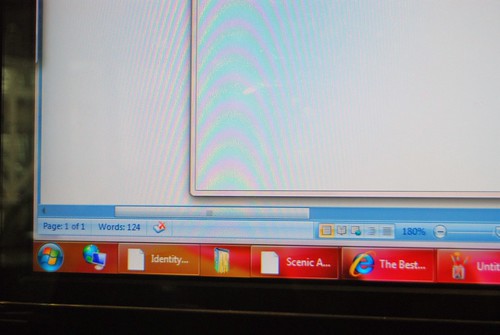 If you like text in your taskbar, labels can be enabled for taskbar items in the “taskbar properties” panel. Text however will only appear for active applications. 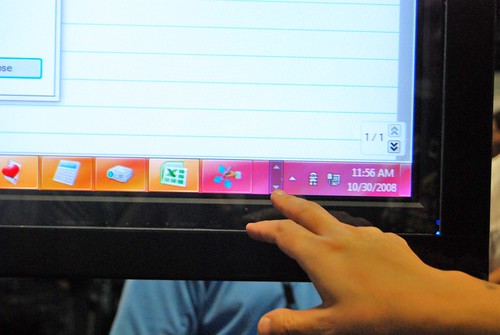 The way the taskbar handles overflow (in this build) is still the same way it is in Windows Vista – with a scroll. They did say however this is one feature they are looking into addressing which may or may not change. 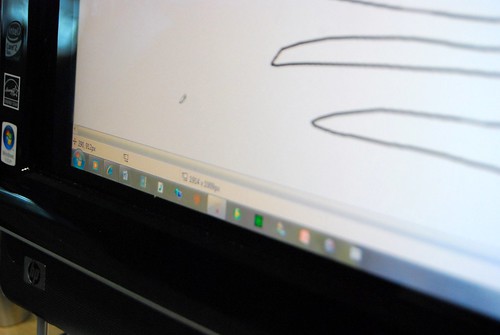 The size of the new “superbar” is actually not much larger than the Vista taskbar, 10 pixels to be exact. Enabling smaller icons will reduce this to the traditional taskbar size. 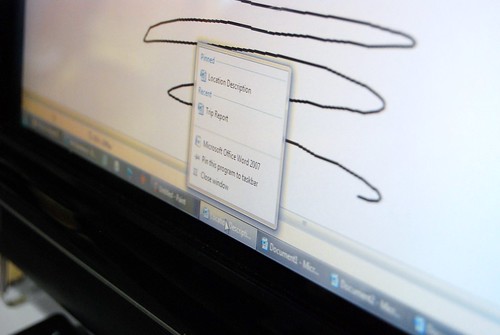 Ungrouping the button which separates the individual windows will still retain its “groupness” by applications. Thus by dragging one window will actually move the entire group of windows, for example, Office Word. 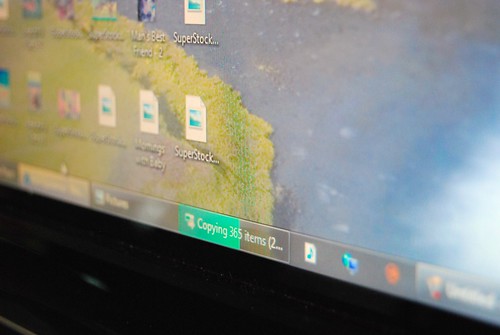 This is how the progress bar looks on the new taskbar which comes with the new API that developers can tap into for display progress right in the taskbar. 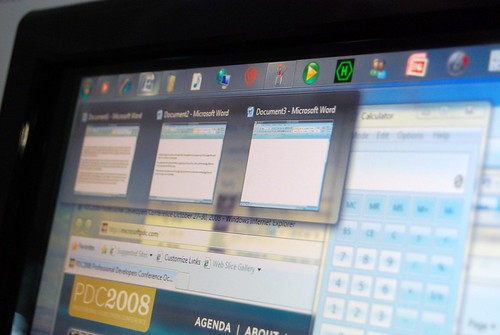 This is how the taskbar looks on top of the screen. 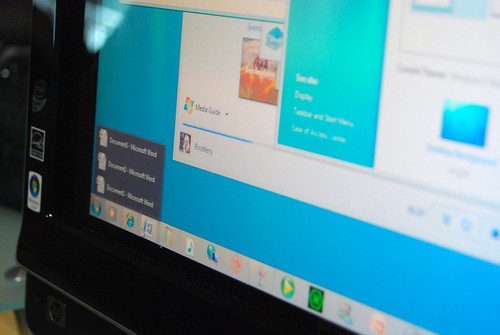 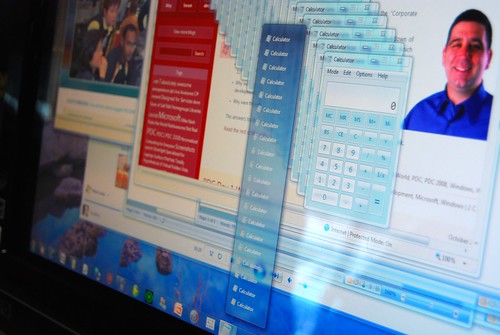 If you open the jump list with a lot of instances of the same application, it will display just one row of thumbnails before switching to a text-only list. 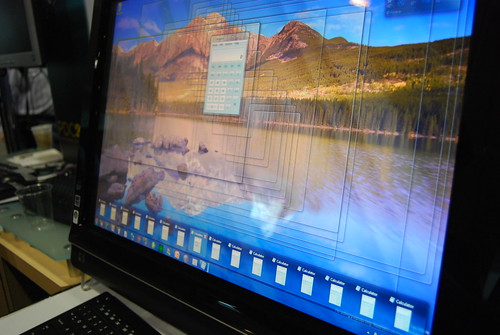 Here it is with only one row of thumbnails. Aero Peek is also featured where the selected instance is shown where the other windows are all transparent.