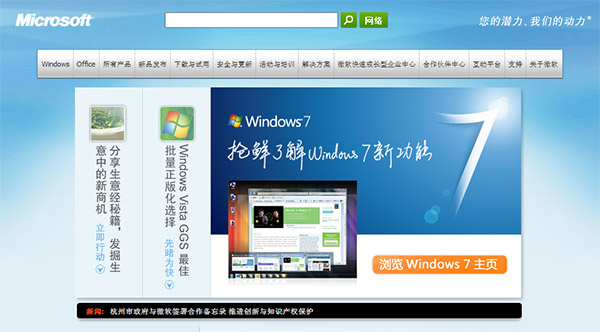 It looks like Microsoft China is really putting in an effort to make sure absolutely everyone knows about the new Windows 7 logo before it is, and if ever, officially confirmed by the Redmond mothership. Besides plastering a slightly different variation of this new logo all over its Windows 7 RC launch event, the flare-abounding logo is now featured front and center on the homepage of Microsoft China. I guess it’ll only be a matter of time before they put up the boxart too.

Speaking of the logo, some people are going to great lengths to find a “meaning” behind the logo. Whilst I don’t dispute some people’s suggestions the negative space resembles the top-right corner of the Windows logo, I believe it was designed to be just a “7”.