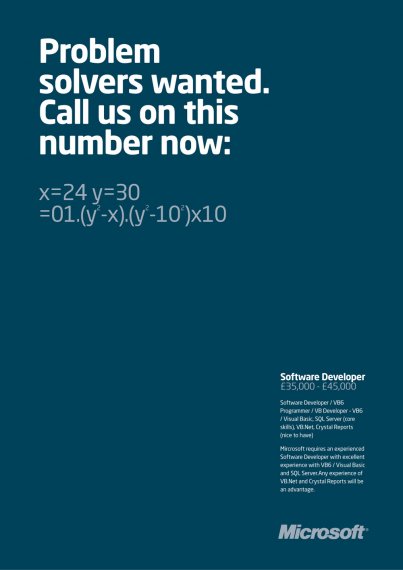 Credit where credit is due, this isn’t the first technology job advertisement to feature an “encoded” message, but it’s still nice to see Microsoft UK (note the pound) experimenting with it too. However personally I think it’s way too easy, especially for a challenging employer like Microsoft.

Update: It turns out the Chip Shop Awards is a light-hearted advertising competition that accepts entries which may not be for actual clients or have been published in public. It’s impossible to tell if Microsoft UK officially sanctioned this particular creative, although they probably should.

In the same competition is another “faux” creative worth mentioning for XBOX 360 that makes reference to the 13 year old kid who claimed to the be a father.