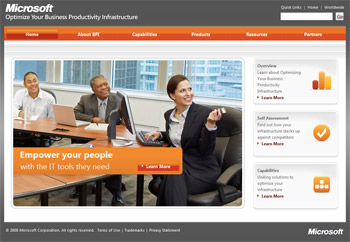 Up and until now I’ve avoided promoting online gambling services and would discourage people from participating, but I’m making an exception for this one.

If you thought the recent Microsoft racial diversity photograph manipulation kerfuffle couldn’t get anymore ridiculous, then why not get out your wallet and bet on it.

One particularly clever gambling site, Paddy Power, is jumping on the advertising racial diversity issue by hosting a light-hearted bet on the racial mix of future Microsoft’s advertising campaigns for the upcoming Office 2010 product.

[Dublin, Ireland] Following the recent controversy surrounding an advertisement on Microsoft’s Polish website where they superimposed the head of a white man on a Afro-American man’s body, Irish bookmaking outfit Paddy Power are taking bets on the race of those who front up Microsoft’s forthcoming major global advertising campaign for the launch of MS Office 2010.

All prices remain subject to fluctuation.