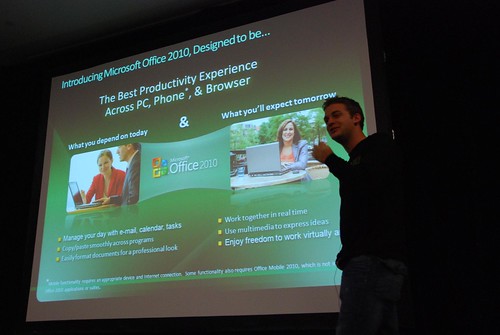 At an overwhelmingly popular session during Microsoft TechEd Australia 2009 this week, Reed Shaffner from the Office team provided among other things a brief but satisfying peek at the latest Office Web Apps experience that has yet to be opened up for public beta testing. Here’s a couple photos and notes on what he showed off. 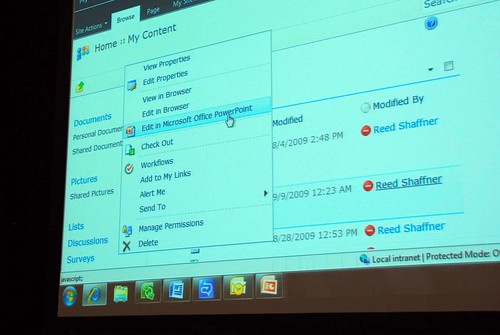 Bear in mind this demo was catered towards IT professionals so the Office Web Apps experience is sitting inside a Sharepoint portal, the actual Office Web Apps user interface should be very similar for the consumer version that sits within Windows Live too. 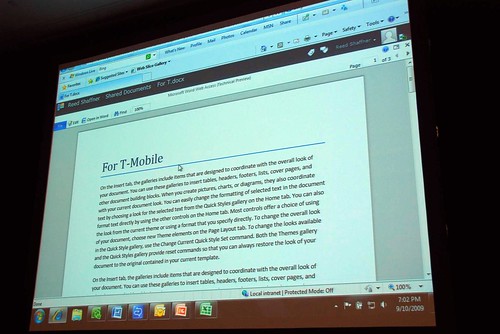 By default, clicking open a document from the archive opens the document for viewing. In this demo, Silverlight is installed and the enhanced viewer loads almost instantly. From what can be seen from the toolbar, simple functionality like “find” and “zoom” is provided. Conveniently the viewer can also be full-screened using a button on the top-right.

From this viewer, the user is provided two simple choices to edit the document – either to edit it online or download it do the desktop client. Although it was not demoed, one can only hope the “file” menu will include some printing or export functionality directly from the viewer. 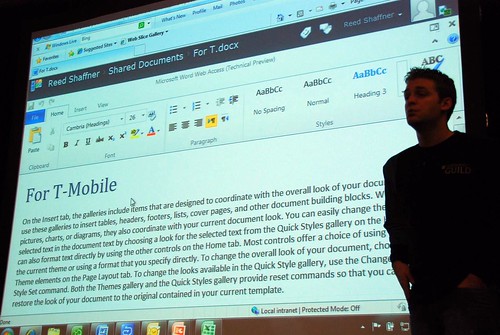 Diving into the web editor, the loading experience was again near-instant. Although not much has changed since an update on Office Web Apps at the Microsoft Worldwide Partners Conference a couple months ago, the only visible difference is the addition of the “View” tab in the Word editor. It should also be noted the editor can be full screened too. 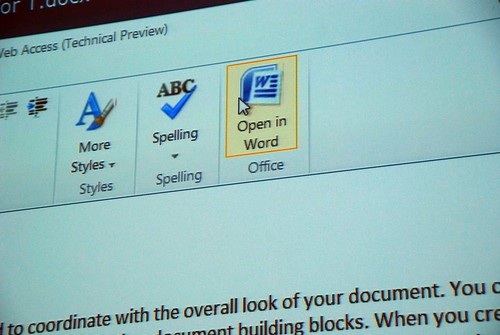 Switching between the Web App and the client is a simple click of a button in the Ribbon. The same functionality is present in all of the Office Web Apps. 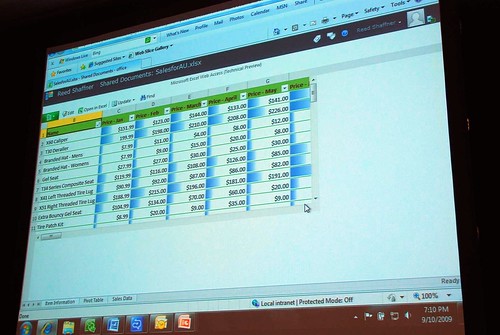 Here is the Excel viewer with Silverlight too. Of particular note are the worksheet tabs. (I don’t recall if the viewer was bugged or he was able to resize the worksheet. 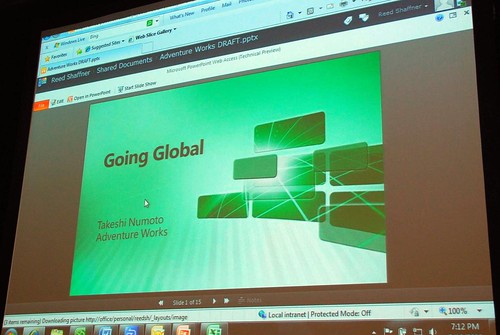 And the PowerPoint viewer with Silverlight. 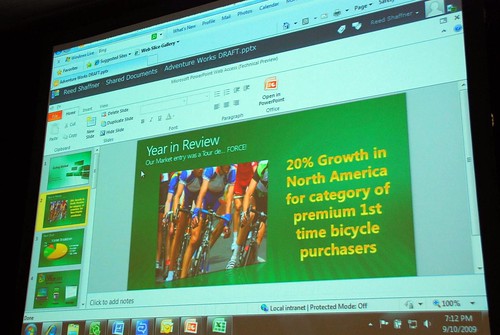 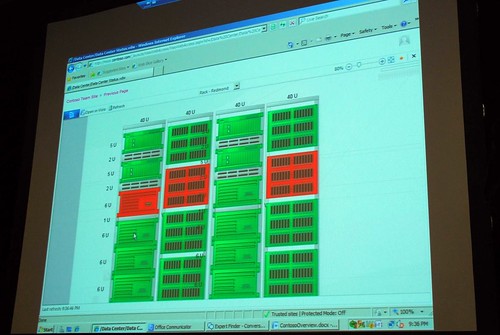 Last but not least, it’s revealed Visio will be joining the suite of Office apps ported to the online experience. And yes, it’s just as exciting as the desktop client.

The latest word on when Office Web Apps will open to public beta testing is before the end of 2009. Moreover, enterprise customers hosting their own Sharepoint server will receive access to the beta first before peons like us can access it through Windows Live.