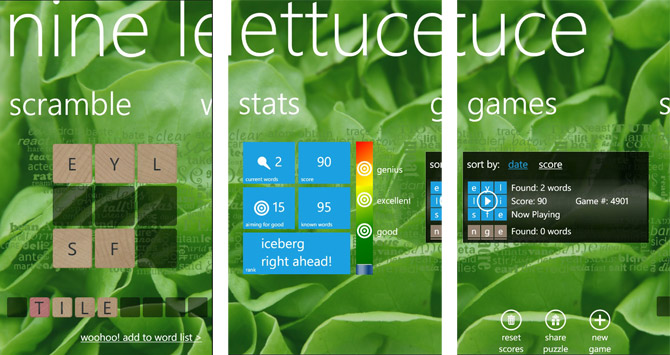 Today, Microsoft Australia has crowned its first Australian Windows Phone 7 “App Champion” to the developers of the “Nine Lettuce” word game for the “Dev vs Dev” competition that has been accepting submissions over the past four months.

A panel of five mobile experts from Microsoft, Telstra and the industry chose the wittily-named winner from a range of Australian-based applications judged on creativity, marketability, potential popularity and originality. They’ve certainly worked hard since the winning app along with the five runner-ups are all of very high caliber.

The winner is offered the opportunity to attend the Microsoft MIX11 conference next week in Las Vegas (which I’ll also be attending). The runner-ups all receive a complementary HTC 7 Mozart device.

Credits to the Australian developer community for coming up with some great-looking and practical apps.