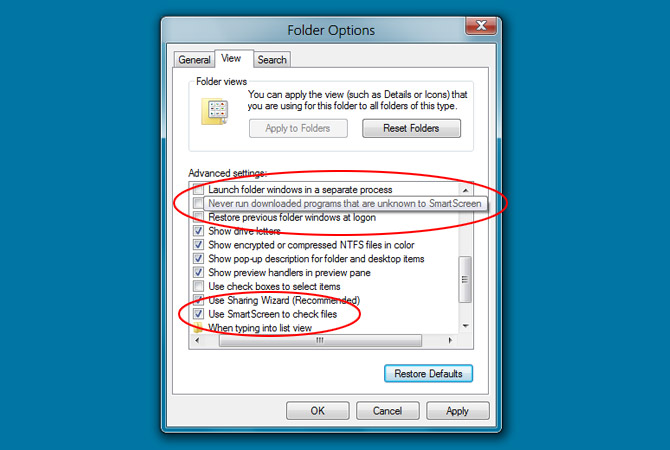 As Microsoft anticipates a richer “apps” ecosystem for Windows 8, they appear to be taking some extra steps to shield users from malicious applications with the introduction of an in-built file verification policy powered by the SmartScreen Filter.

Originally a feature from Internet Explorer but now also (annoyingly) integrated in Windows Live Messenger 2011, SmartScreen is practically a dynamic list of known “illegal, viral, fraudulent, or malicious” URLs that Microsoft manually or algorithmally identifies. It uses this list to compare the link or executes a user visits or downloads, warning if there’s a match.

In Windows 8, SmartScreen appears to serve two purposes – to reactively check the file system and proactively prevent any downloaded applications from running that are unknown to the filter. Unfortunately I haven’t been able to trigger it so I don’t know exactly how it responds but I presume not unlike a security warning. Having said that, it’s comforting to know the feature can also be disabled for the brave.

This addition mechanism adds to a growing list of security-centric features and tools including but not limited to digital signing, User Account Control, Windows Defender and Security Essentials that Microsoft is building into Windows or making available for free. A win for users of course.

Update: To clarify, the “never run programs” options is not on by default.